It's been nearly 5 years since I purchased the CGR 7/8....and what I have found is a far cry from the "entry level" glass rod that some assume it to be.

I am hard on my warmwater gear.  Not purposefully....but retrieving 5lb clumps of pond algae, ripping bassbugs from shoreline brush, getting in and out if a float tube, etc....all lead to more abuse than my average trout rig. The end result is, cheaply made gear does not last. So I was skeptical when I read the reports of the Cabelas CGR glass rods back in 2015 and saw the prices dropping below $50.  What would I get for under $50?  Just how long will it last?

Well, here is what I found.

I initially purchased the rod expecting much less.  On sale for $49 I planned on it being my "truck rod" for local hit and runs.  What arrived was a rod of much higher quality build than the price point suggested.  The blank was spotless, eyes were evenly wrapped and straight & the cork, while having filler seemed dense and very nicely shaped. It was not annoyingly soft, which for glass I tend to dislike in heavier line weights. The action, while still glass, was crisp and accurate in hand.  It seemed to me as more of a 7wt than 8wt, and early trips with several different lines proved that to be the case.  I eventually settled on an Orvis Hydros Warmwater 7wt and that's how things remained until this year. 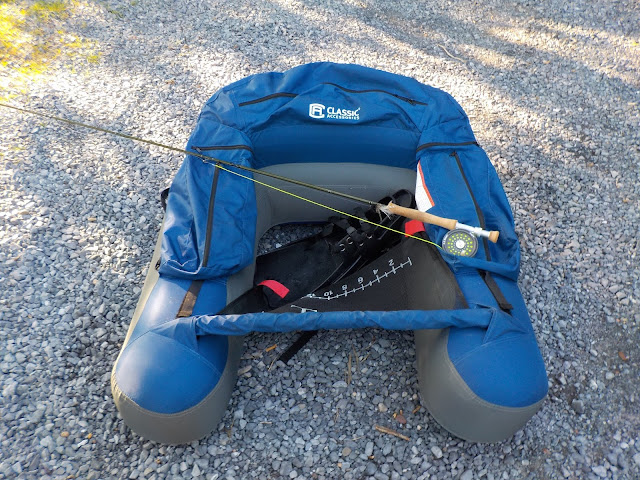 On the water the rod quickly becomes an extension of your casting stroke.  The 7'6" length supports pinpoint presentations which for a tuber is essential.  Its light in hand for glass, and responsive...but make no mistake, its still glass.  It's not about to pick up and throw 40' of 8wt line with a 5" wet bunny leech into a 10mph wind.  Just saying.  But for those of us with a heart for glass, it is endearing. 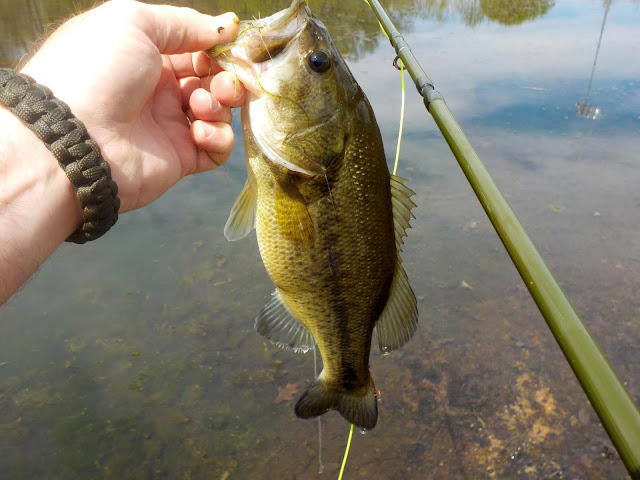 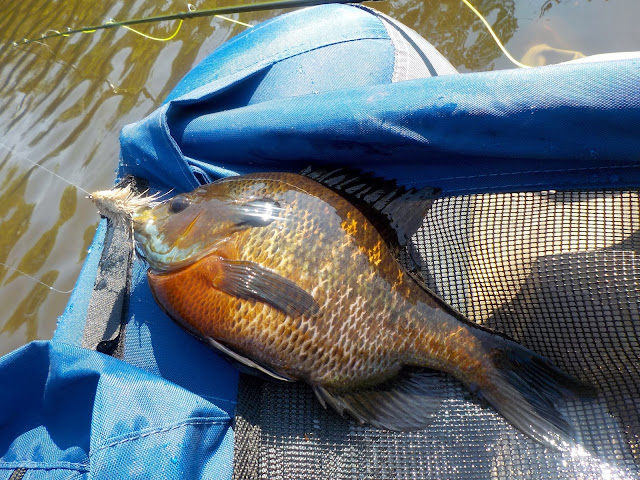 The stamina for setting the hook on countless streaking pickerel. And the forgiveness of glass to protect tippets and the paper-mouths of crappie. 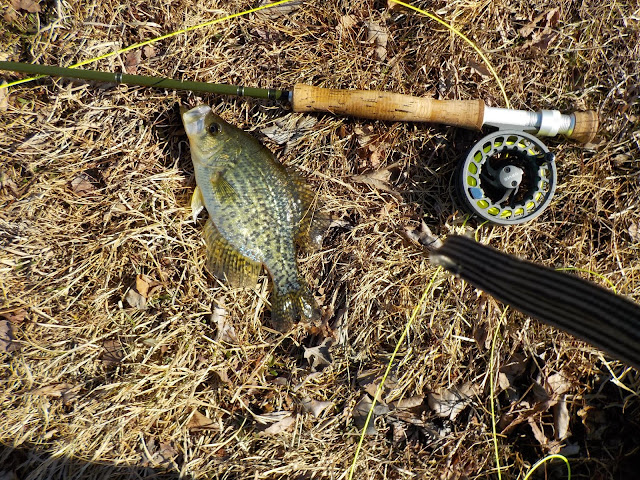 This season marks the 5th for this little piece of glass. Yet even after all this time on the water yet another sale added to the rig.  I purchased an Orvis Clearwater WF7F line on clearance for $19.  And after 2 trips it is painfully obvious that I have found nirvana with this rod.  The line casts effortlessly, from #2 Hair bugs to #10 Crappie streamers.  Seems only fitting.

Each season I try to talk myself into buying another warmwater rig, and sometimes do. I've cast them all, and own a few. Yet each time I head out for water, I grab this rod. Something must be wrong with me?

But back to my original comments above....after 5 seasons this $65 retail rod shows no worse for wear aside from a soiled grip.  No loose eyelets, positive spigot ferrules, no marks on the finish aside from very minor scuffs and a rock solid reel seat.  I have had rods upwards of $500 not make it that long, in that condition after being babied on trout streams.  That in itself speaks volumes in my book.