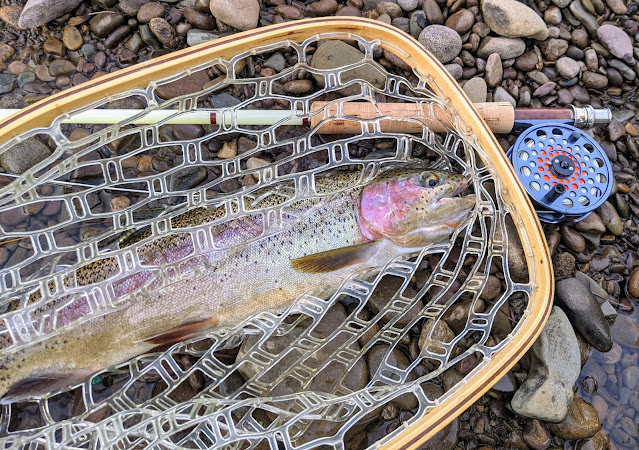 After the initial time on the water, which was brief, I was able to get back on the water for a full afternoon with the new rod. The water was running a bit high from recent rains, but clear.  Crossing below the pool was a bit sketchy, but with a staff I was able to cross and get back dry. 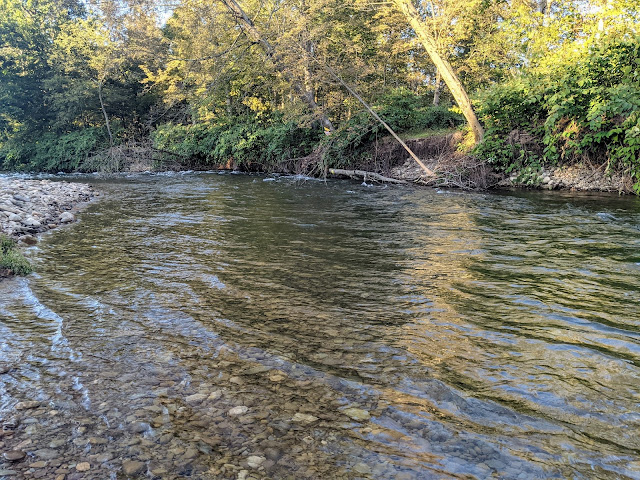 With the flow being up a bit heavier rig was needed to get down to the bottom, so the day would be even better to evaluate the rod. 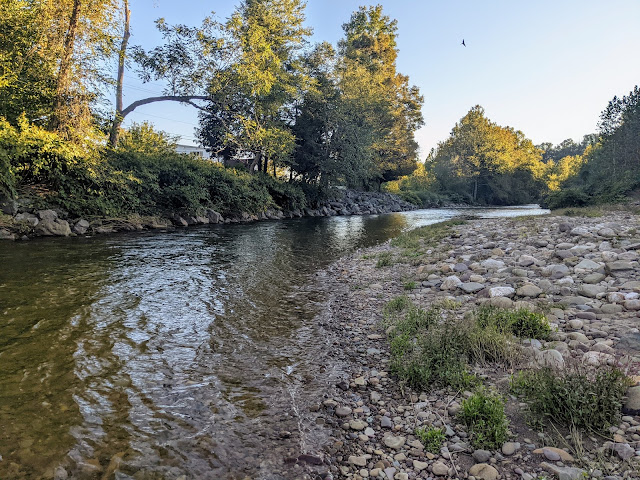 The fish were hungry and willing to cooperate for the sake of the rod tests, which helped greatly towards my efforts. 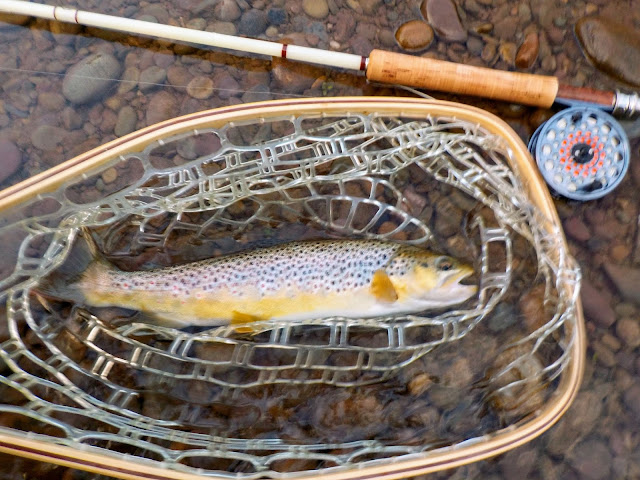 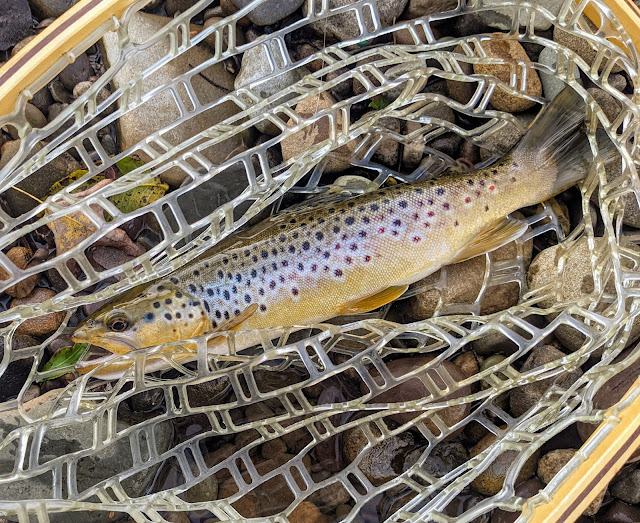 The rod begs for distance, but loads quickly.  It handled the #14 Heavy bead-head, AB shot and 1/2" Corq indicator like it wasn't even there. 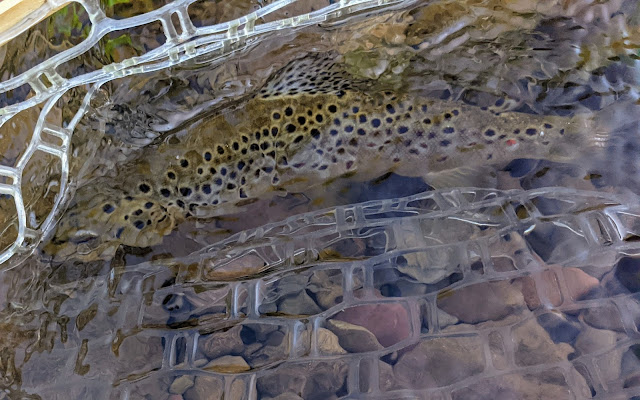 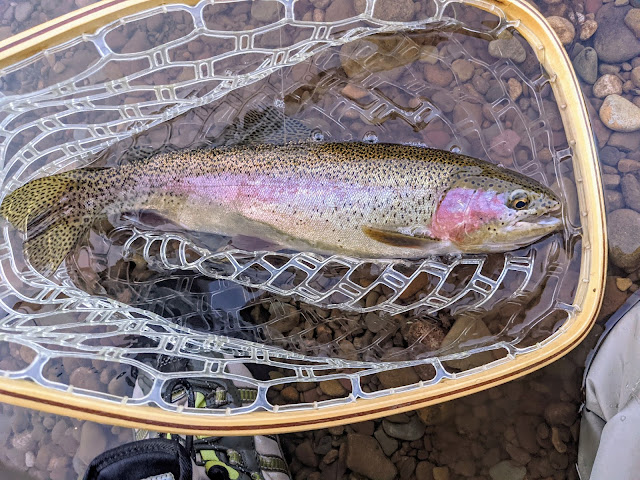 What I found was that my initial impressions were spot-on.  This rod will easily move to the top of my rods.  Casting very similar to my Far-and-Fine which is a personal favorite, yet it handles heavy nymph rigs better when needed.  It roll-casts like a dream and will throw a hopper just about as far as you want to.  All while protecting tippets and playing fish like only glass can. 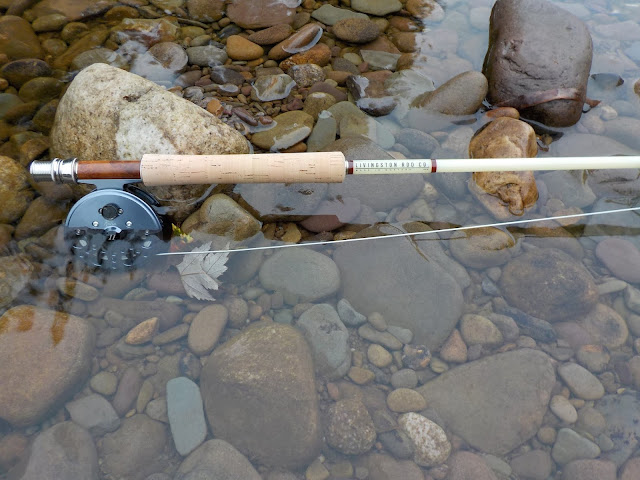 With a couple months past since receipt of this rod, I was anxious to get it on the  water.  The result?....I was not let down. 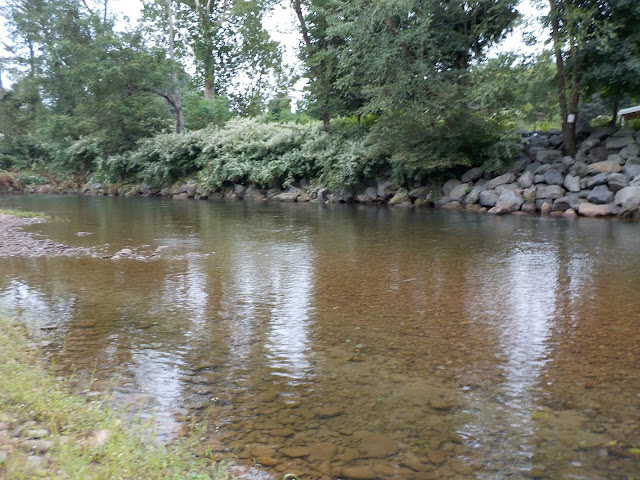 The water was mid-flow and allowed a perfect chance to test things on longer casts with nymph rigs. The reason I had targeted the rod all along. 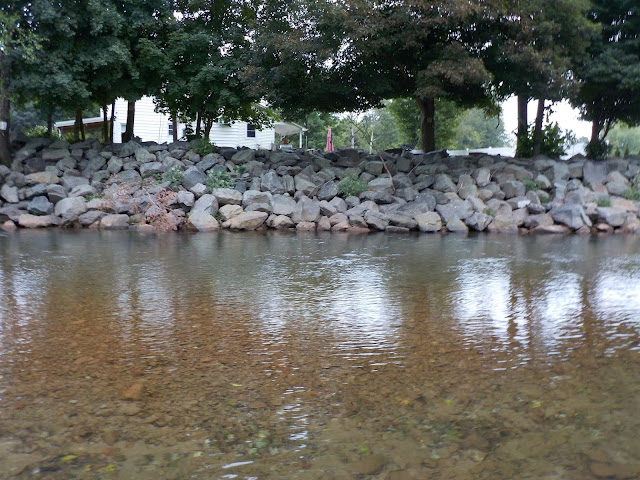 When I spoke with Dusty at Livingston Rods I was appreciative to speak with a friendly voice willing to talk fly rods.  Specifically glass fly rods.  We tweaked the standard build 8' 6wt, adding a slim full wells grip to support fishing heavy winter rigs and larger fish.  I also stayed with the natural glass blank and chestnut wraps since that was the look I was originally attracted to when deciding on Livingston. 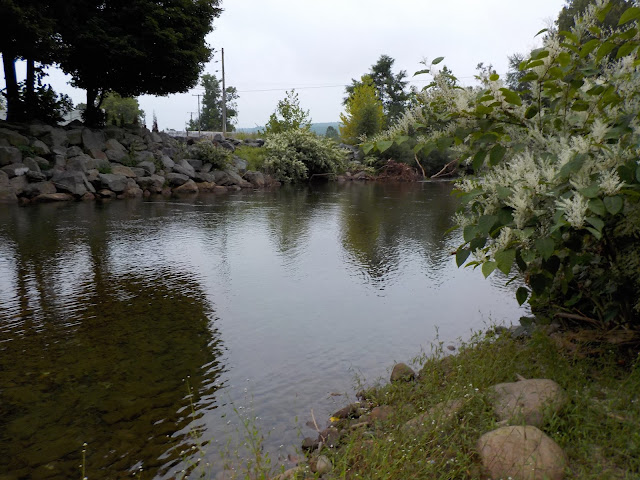 I spooled a Cortland Retro II reel with an SA Frequency Boost WF5F line, thinking the additional 1/2 weight in the taper would suit the 6wt.  On the terminal end I went with a furled Furl Girl 5/6wt 5' mono leader with micro swivel, and 48" of 5X FlouroFlex tippet.  Fly was a #16 beadhead REC Caddis Emerger with necessary split-shot and cork indicator. 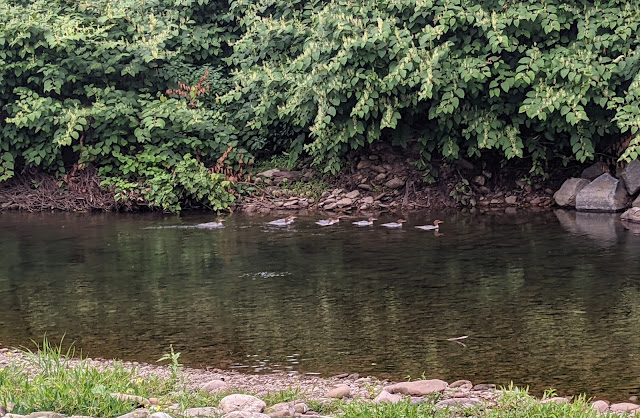 What I found was an enjoyable rod in hand.  It shoots line like a cannon, yet loads quickly for short casts.  It roll casts a nymph rig with ease, quite possibly being the best roll casting rig I have owned to date. There is barely noticeable tip-weight when held, so common with 6wt and up glass rods, making it feel very balanced in hand.  Casting stroke is smooth with no bounce whatsoever, and unexpected power. 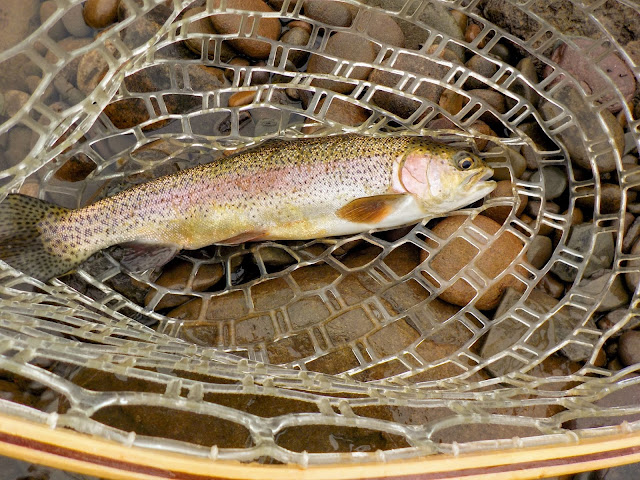 I was able to bring a few fish to hand prior to a humidity storm that  pushed me off the water.  What I found was a rod that played the first 12" rainbow enjoyably, as well as handling a couple 18" browns with ease.

The rod build is impeccable.  Dusty does some beautiful work that surpasses many higher-end glass rods available in my opinion.  This rod is exactly what I was looking for.  A glass rod that will cover heavier trout work without being too big, but would also be a great smallmouth and light warm water rig.