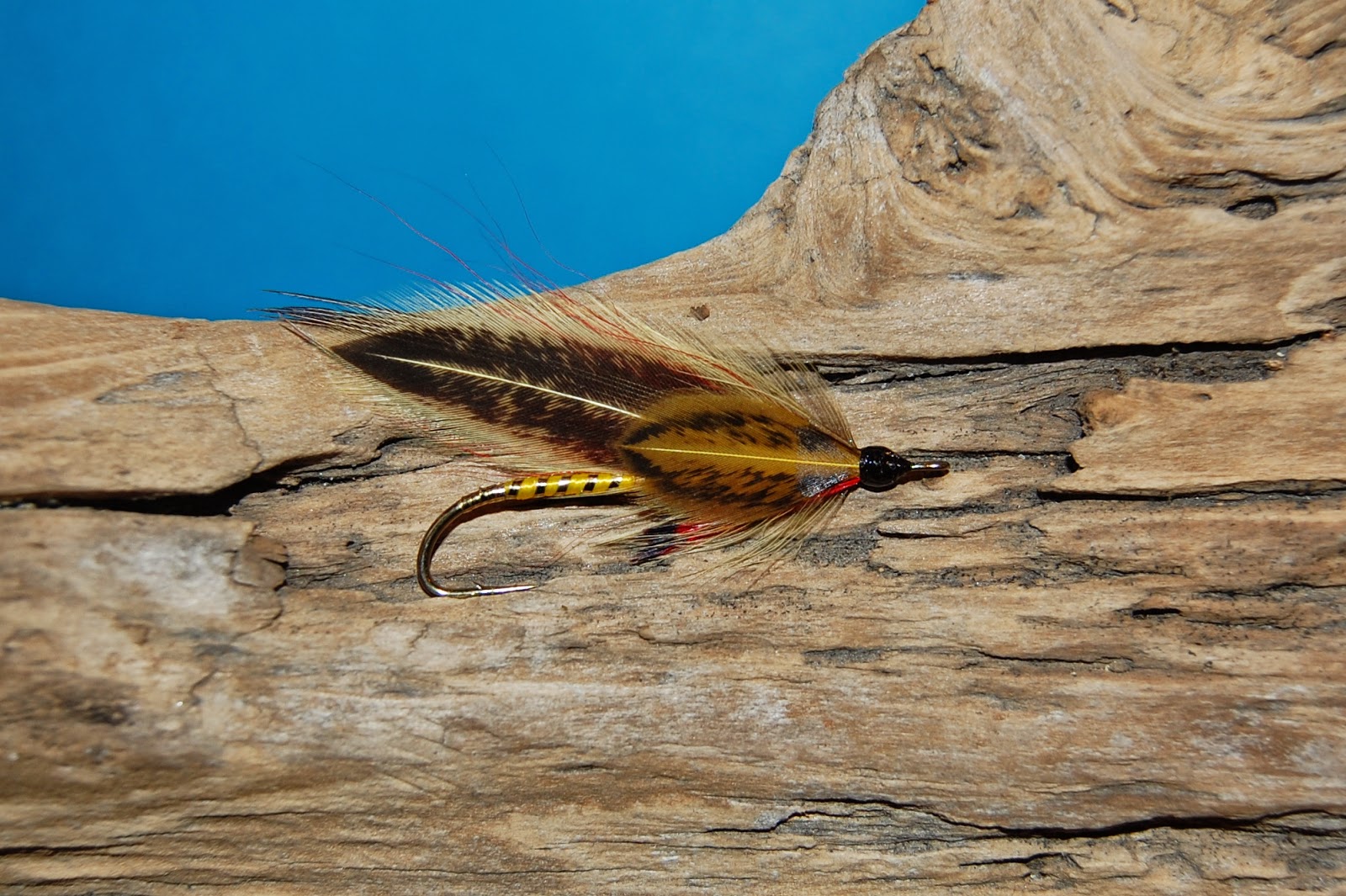 I have very few streamer patterns in my box, simply because when one works I am prone to stick with it. A fact which often tends to limit space and opportunity. But last season a particular pattern made it in, for one very good reason.....it worked. The Yella Dog is a simple pattern to tie, as far as Rangeley style patterns go.  But sometimes simplicity is the key. I've found over the years that color matters. And sometimes that color is yellow. It was those times that brought about this pattern.

This Father's Day I had the pleasure of being treated to an afternoon on the water with my youngest son, Jake. It was a trip that I gathered was his idea to begin with, so the focus was on his learning to fly fish.


We started with the process of learning the gear. mainly the terminal end of things where the leaders, tippet and fly come into play. After a little leaders 101, we were off to refresh his casting skills. having only spent one previous  day on the water with the fly rod last season, it was going to be baby steps at first.
We chose a likely-looking slot near the bank to begin our efforts. We tied on a medium Thing-a-ma-bobber, and then a Squirrels Nest nymph to begin our efforts. Today would be a nymphing class.

I started with a brief class on how to manage his fly line, and watch his drift. Something he already had begun to learn last year. Then as if a sign of the day, I was blessed with a suicidal chub to add to the visual for the lesson.
When it was his turn he picked things up quickly, after a few mishaps and figuring out that false casts were not your friend with nymph rigs.

Before you knew it we had him doing back-hand cast and roll casting upstream. And once that clicked, the boots got moving in pursuit of fish and fishy waters.
Working our way upstream was easy in the shallow water, and we picked a spot under the bridge upstream as a likely candidate for holding fish.
By the time we reached the bridge he was feeling confident and unwilling to hand over the rod as much for a demonstration or additional lesson.

Then, on the 3rd cast in the deep slot adjacent to the bridge abutment, it happened. A little 9" rainbow liked the looks of his nymph and took it with gusto. And after a short fight we were were able to get it into the net. HIS FIRST FLY-CAUGHT FISH! It was followed by a quick lesson on properly releasing a fish, then back to work on the hole. He would get another crack at a much larger fish that rolled his fly, before packing it in.

From that point on it was all Jake. Taking to things like a pro and enjoying the drive to "catch another one".  From my breakfast picnic, to my gifts....you just can't ask for a better Fathers Day on the water.

JUNE: Fly of The Month

With the heat on the rise and the waters clearing up, caddis flies will soon be the daily staple on a trouts mind. They know them and they remember them. So even when no hatch is coming off fish will come to the surface for them often enough, even if simply out of reflex. The Elk-Hair Caddis pattern is a solid standby, and has brought many fish to hand for me over the years. And I have found it second only to the Penns Grannom. It's a personal variety of the fluttering caddis style, tied to bring fish to the surface on the streams I frequent most. It's one of those patterns that just seems to do a little better the more it gets chewed on as well.

Step 2, includes tying in 3-4 Wild Turkey tail fibers at about the 2/3rds point of the shank and wrapping back to the barb point.


Step 5, Tie in a small clump of natural CDC fibers as an under-wing, extending the tips approximately half a shank-length beyond the bend of the hook.


Step 6, Tie in a stacked clump of light elk hair at the same point and length as the CDC.

Good luck and see you on the water!

The first trip of the year to Valley Creek was a success. Fish were caught, very few issues with brush to be spoken of, and the creek was void of other anglers. All of which worked to make a really enjoyable trip. I truly enjoy fishing this little stream, and tend to be pretty selective in my days to visit which does tend to stack things in my favor more often than not. I think mainly because I like to ensure that my time on Valley will remain enjoyable.

I started my day on the run just below the covered bridge, and worked my way upstream from there. I was rigged with my Orvis Far-and-Fine, an Orvis DT5wt line, furled thread leader & 7x Orvis Maxknot tippet. On the end of the tippet, a #16 Elkhair Caddis. Fortunate for me I was able to end the day with the same fly I began with.


I picked up my first fish at the lower end of the covered bridge hole, after rolling and lipping two previous fish on the run below. This one however used all 8" of his German Brown size and slammed the little caddis pattern with gusto. Two holes further upstream of the bridge the creek gave up another wild brown.  This one a bit heavier fish and about average for the Valley.  All-in-all it was a good time on the water. I chose to stick with dry flies for the visit and my persistence was rewarded with a nice brace of trout as a result. A very nice day on some very nice water.


Two holes further upstream of the bridge the creek gave up another wild brown.  This one a bit heavier fish and about average for the Valley.  All-in-all it was a good time on the water. I chose to stick with dry flies for the visit and my persistence was rewarded with a nice brace of trout as a result. A very nice day on some very nice water.