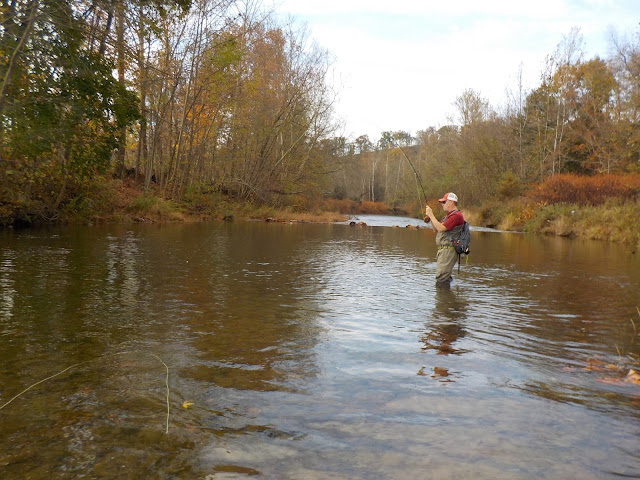 It didn't take Chris long at all to adjust to Pennsylvania water, with the first hook-up of the day. 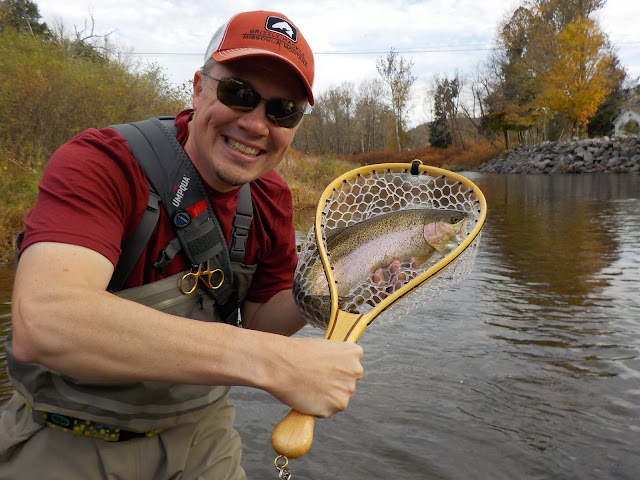 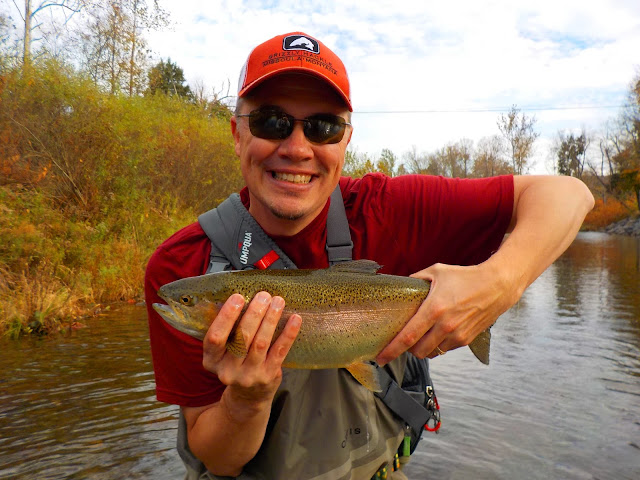 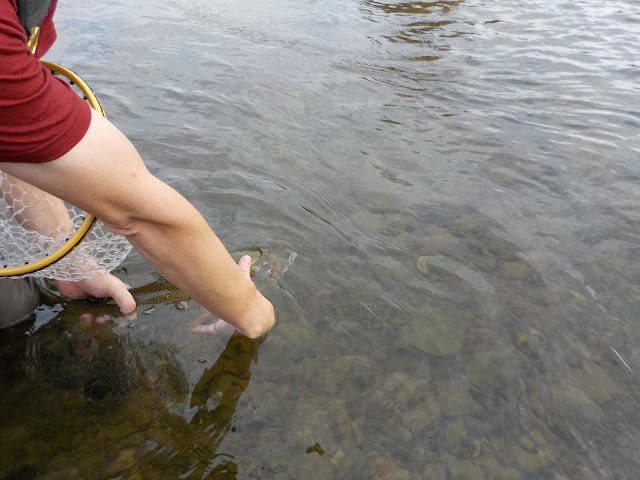 From this point forward there was no way this day could not have ended up as a great memory. 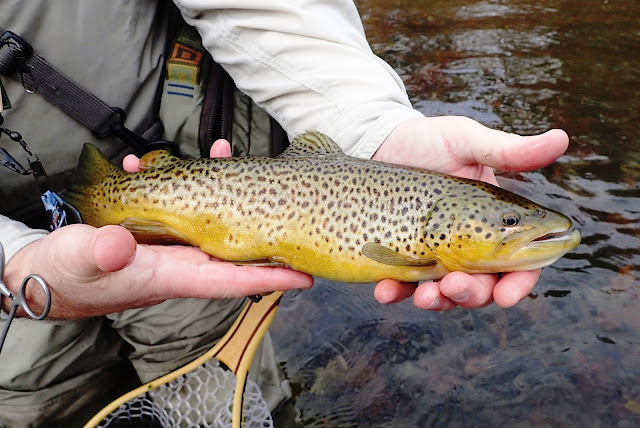 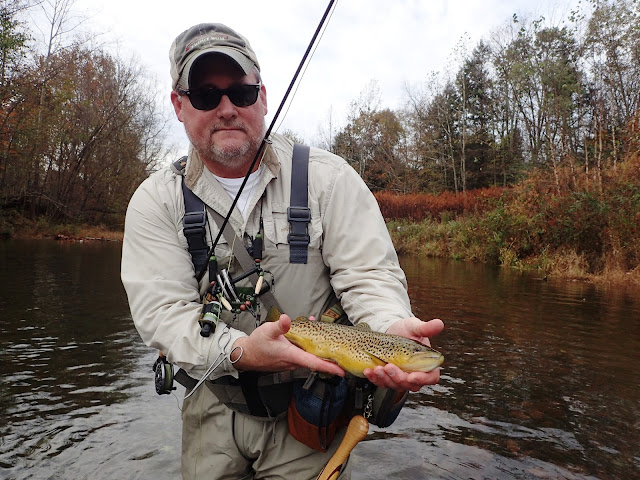 Not long after Chris's Rainbow the stream granted me a beautiful fall brown. 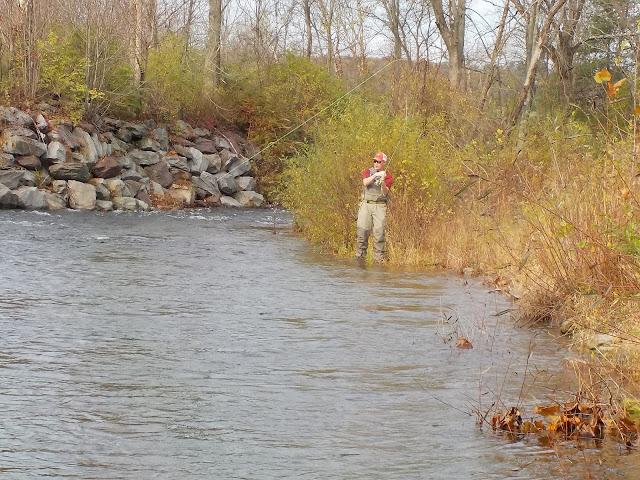 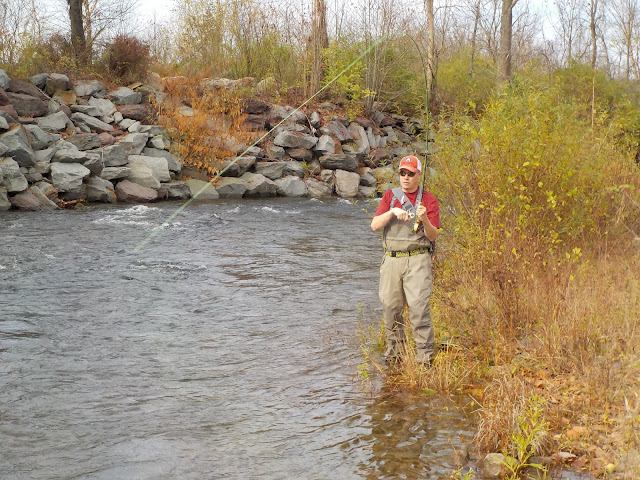 Moving upstream to skinnier water Chris again was on fish with no problem. 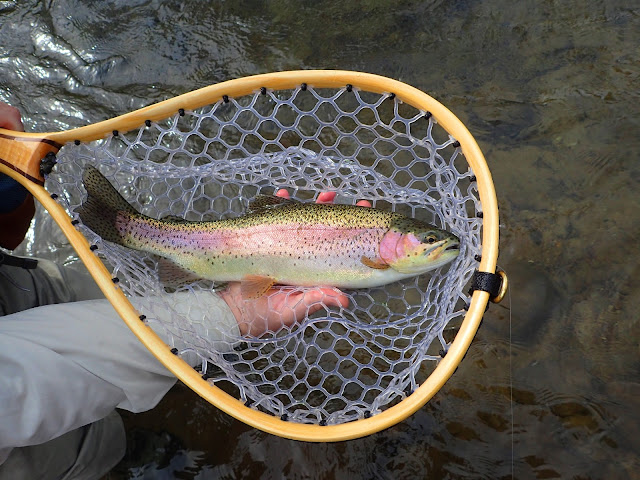 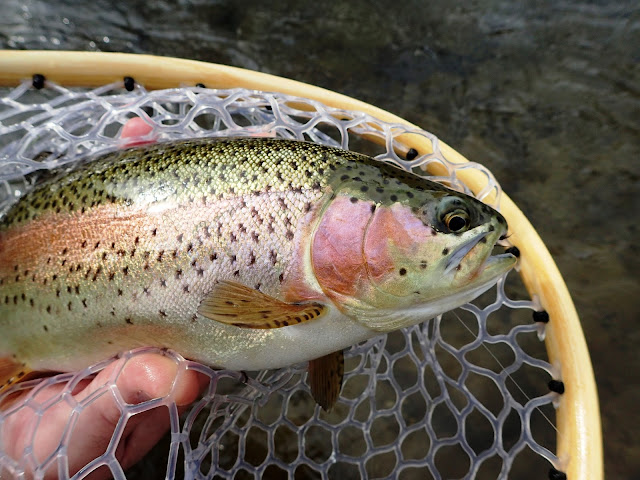 And another fine rainbow was brought to hand. The pic does no justice to the colors of this fish. 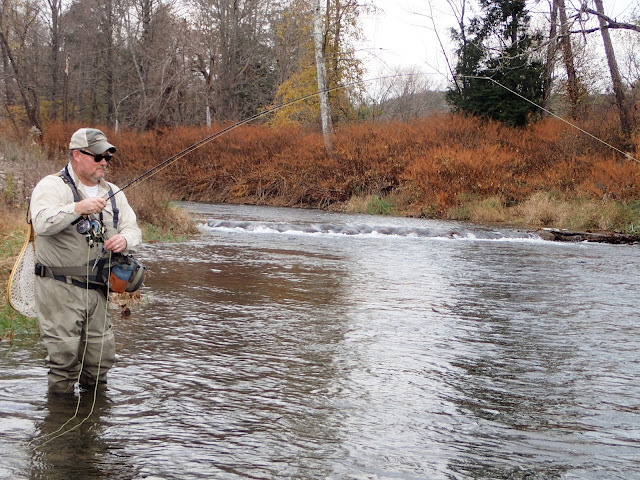 Later in the day we moved back down to our starting point and were treated to a mix of a BWO's and Caddis. The fish were willing to cooperate as well. 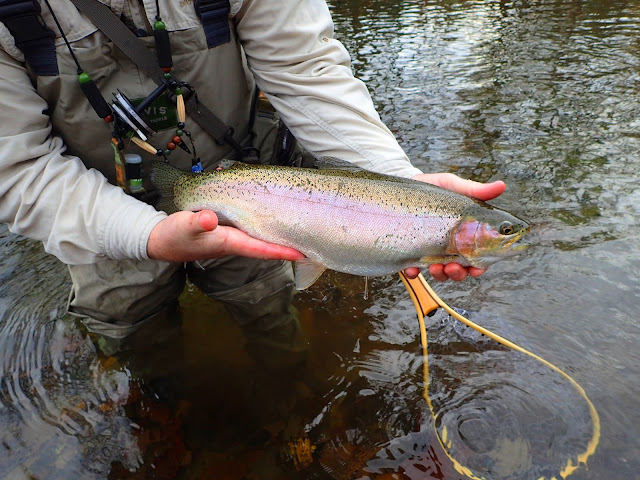 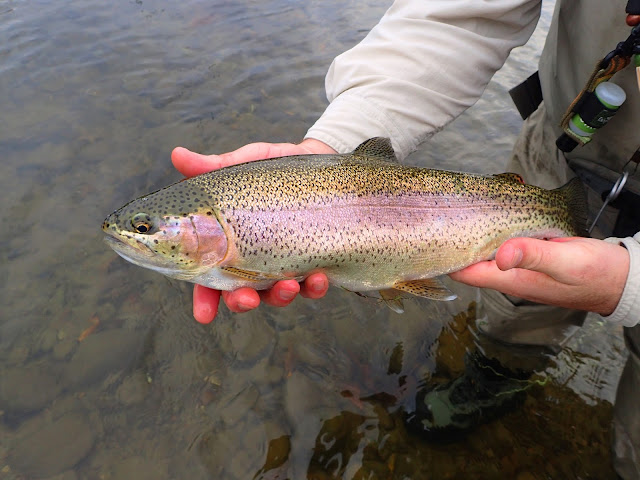 At the end of the day the exclamation point to an already unbelievable day was my best trout on a fly rod. A fish that put on a display fitting for the day we had just experienced. 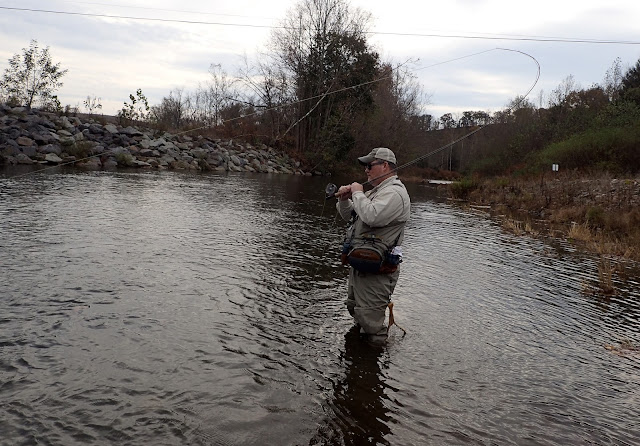 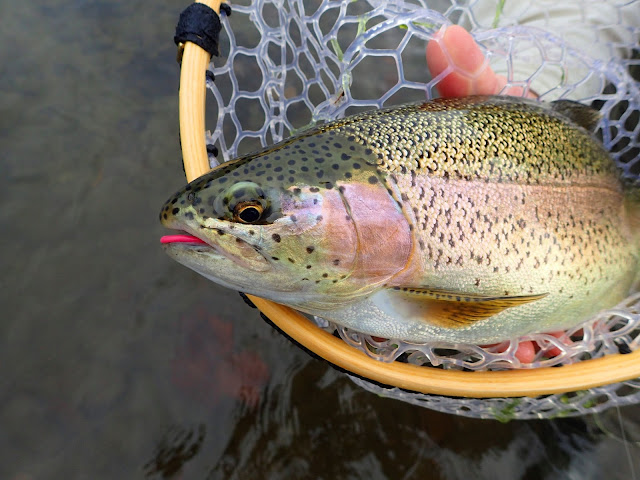 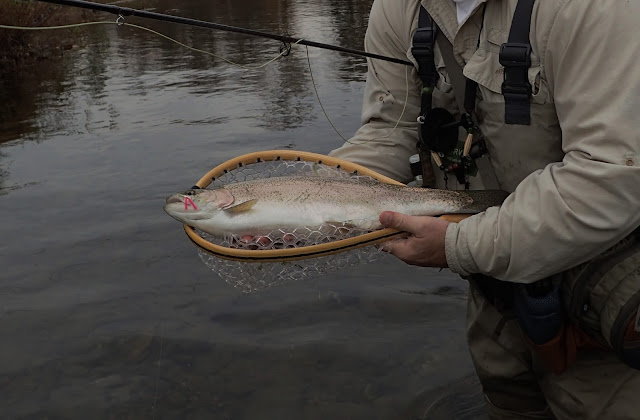 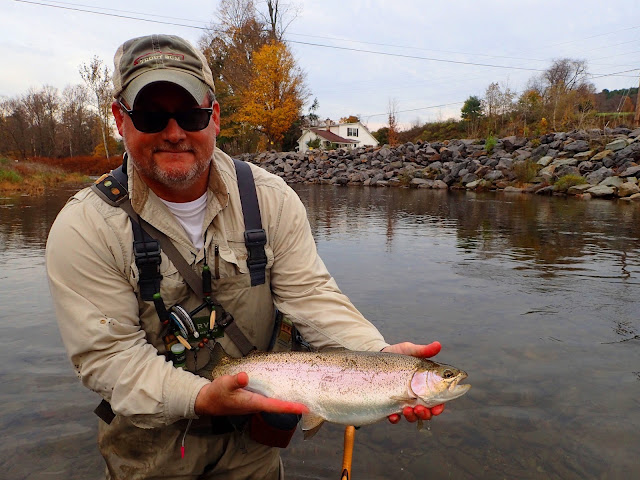 I could not have asked for a better person to share the experience with. 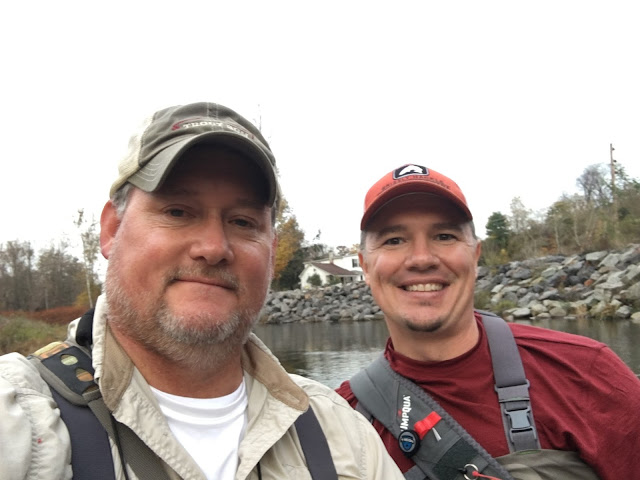 After quite some time sharing stories, trials of life and a love for fly fishing, it was great to meet the man behind the blog. An event that seldom ever happens within our cyber communities. It was my pleasure, and I hope the smiles meant that it was as memorable a day for both of us.
Thanks Chris! 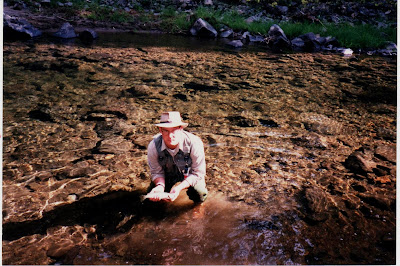 Some places just stay with you..... 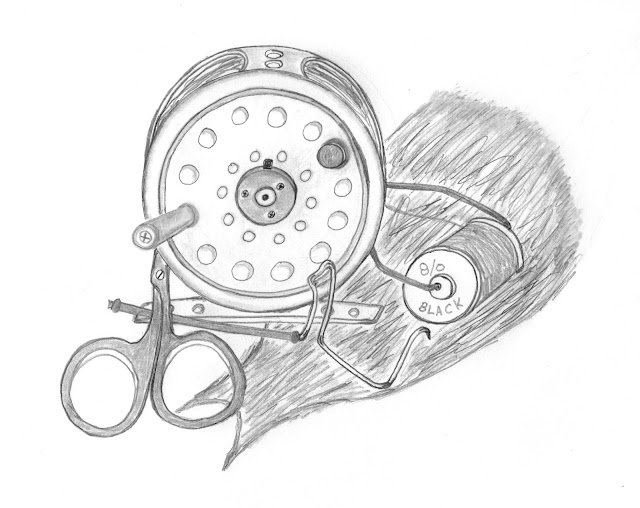 An artist I spoke with at a fly fishing show once told me, that a sketch holds more character because it is never an exact representation of the scene it represents. It’s a little bit of the artist, and a little bit of imperfection, pulled together to give one person's impression of the scene intended. At first glance, for some it will look like perfection, and for another the flaws will jump out at them. Sometimes it just works. Either through pure talent, or the ability of the artist to pull one's attention from the flaws by drawing a viewer's attention to the part that represents the best. And other times a work of astonishing ability falls flat.

Enter life. Life is never quite perfect. And it’s levels of happiness and beauty, accompanied by sadness and loss are a mountain in themselves. Yet , so much of those levels are determined by our perception. Life is a sketch in itself. The most inspiring people in my life have been those who were able to stand streamside and notice the beauty of a great blue heron despite the illness brought on by chemotherapy, revel in the beauty off a spawning brown despite near crippling arthritis or appreciate the favorite joys felt by a lost loved one beyond dwelling on the personal pain of loss. Those who have the uncanny ability and strength to see the beauty despite the imperfections. Life is a living fresco upon the ceilings of our mind, and a huge palate is spread out before us. The lines and colors you choose to grow that fresco defines the beauty, or lack of, in which you experience along the way.

The Whims of Autumn 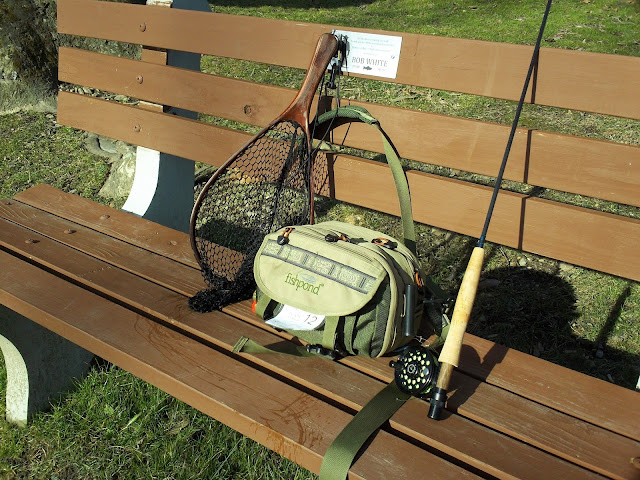 The Whims of Autumn

(An Excerpt from my book, "The Telling of Waters") 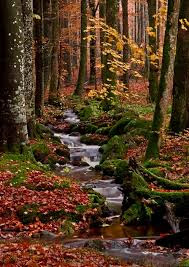 A true story in the tradition of October & "All Hallows Eve"