Pulling my truck into the small gravel parking lot near the national park trail-head sign, I stepped out into a cool but sticky summer morning. Across the road the small fog bank settled in over where I knew the stream to be, and everything not covered by a canopy of trees appeared saturated with dew. I pulled on some lightweight hip-boots, rigged my rod and tied on a #16 tan caddis pattern which is always a starting fly for me on this particular water.  Walking the edge of the road to an access point near a small one-lane covered bridge I noticed a solitary person jog past along the road near the far side of the stream. In my mind however he didn’t exist, since even his footfalls on the blacktop were muted by the sound of the stream.  Turning my attention to the stream I eased up along the small gravel bar under the bridge, and with a couple of warm-up false casts dropped my fly at the head of the riffle which rounded a small curve upstream. The little tan fly contrasted nicely in the shadows under the bridge as I tracked its path back towards me along the near seam of the riffle. The fly made a lazy “S” turn as the slack pulled out of the tippet, when in a swirl of gold and brown it disappeared. A quick lift of the rod and the dance was on, which brought a lively wild brown trout to hand in short order. I admired the brightly colored 9” fish for a second, and then let it quickly disappear back into the perfect camouflage of the stream bottom.  Moving upstream around the bend I was rewarded again with a near carbon copy of the first fish, and then 2 more of their brethren at the next little plunge-pool. The morning was proving to be all that I had hoped for and more. 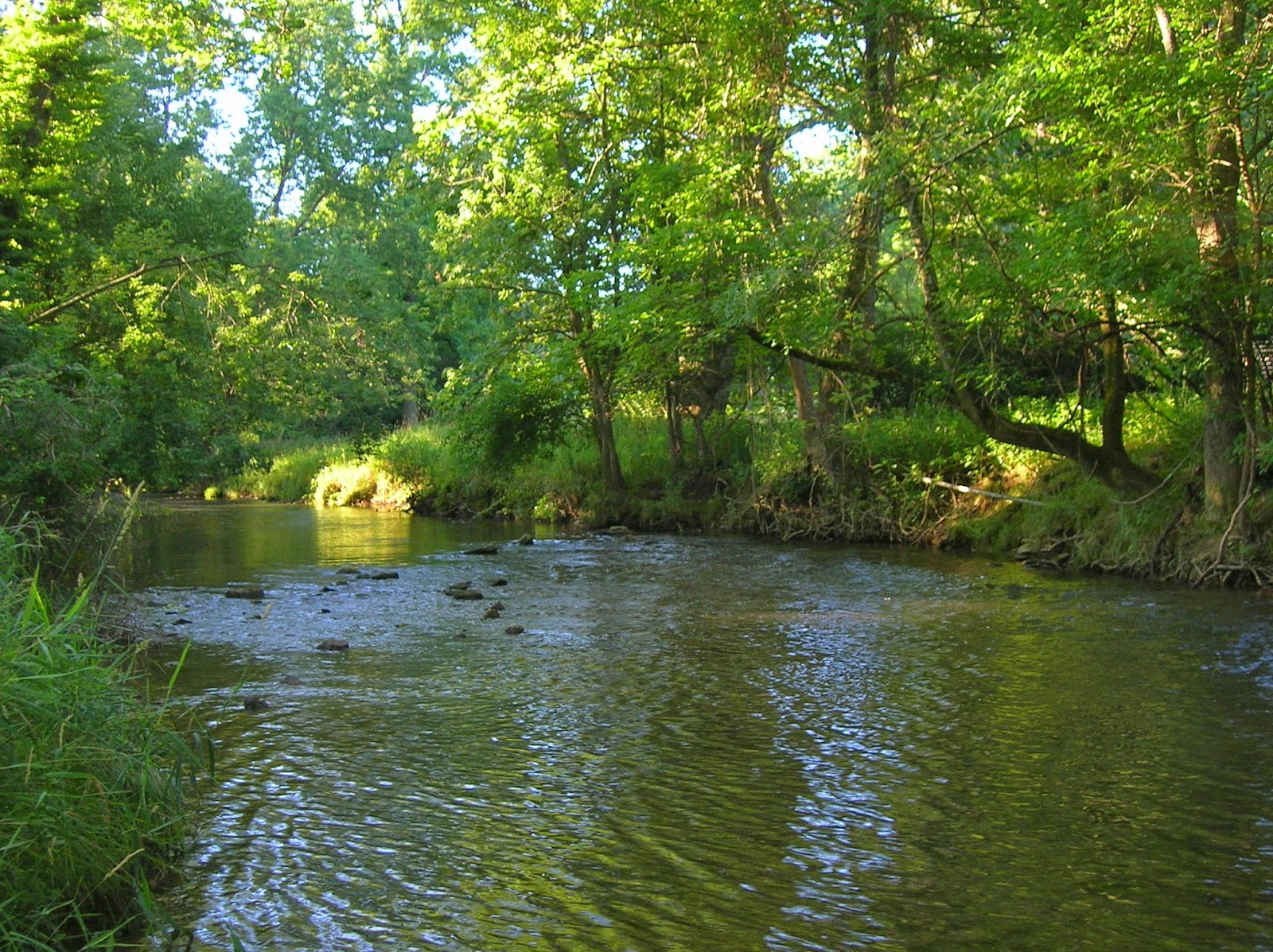 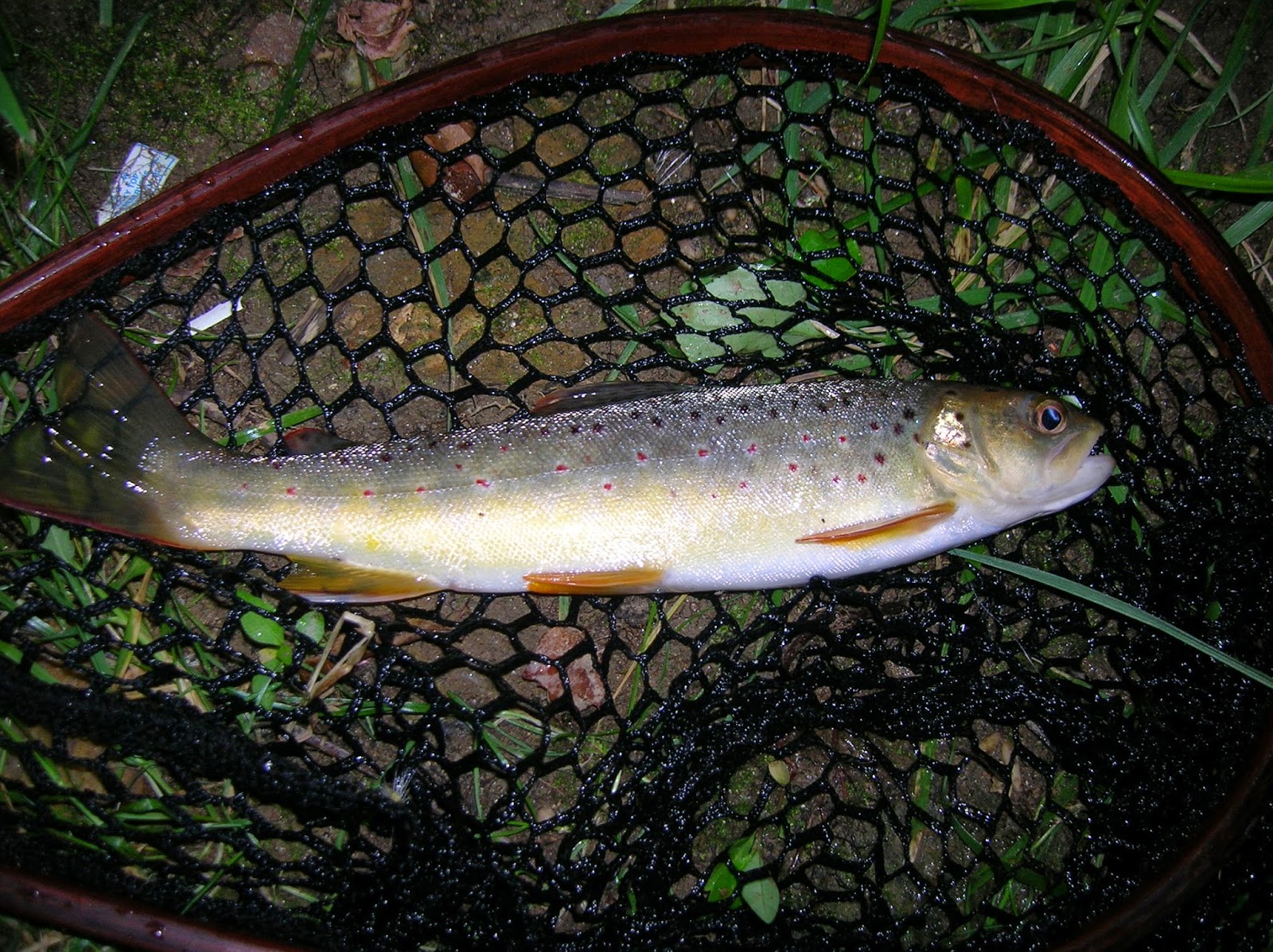 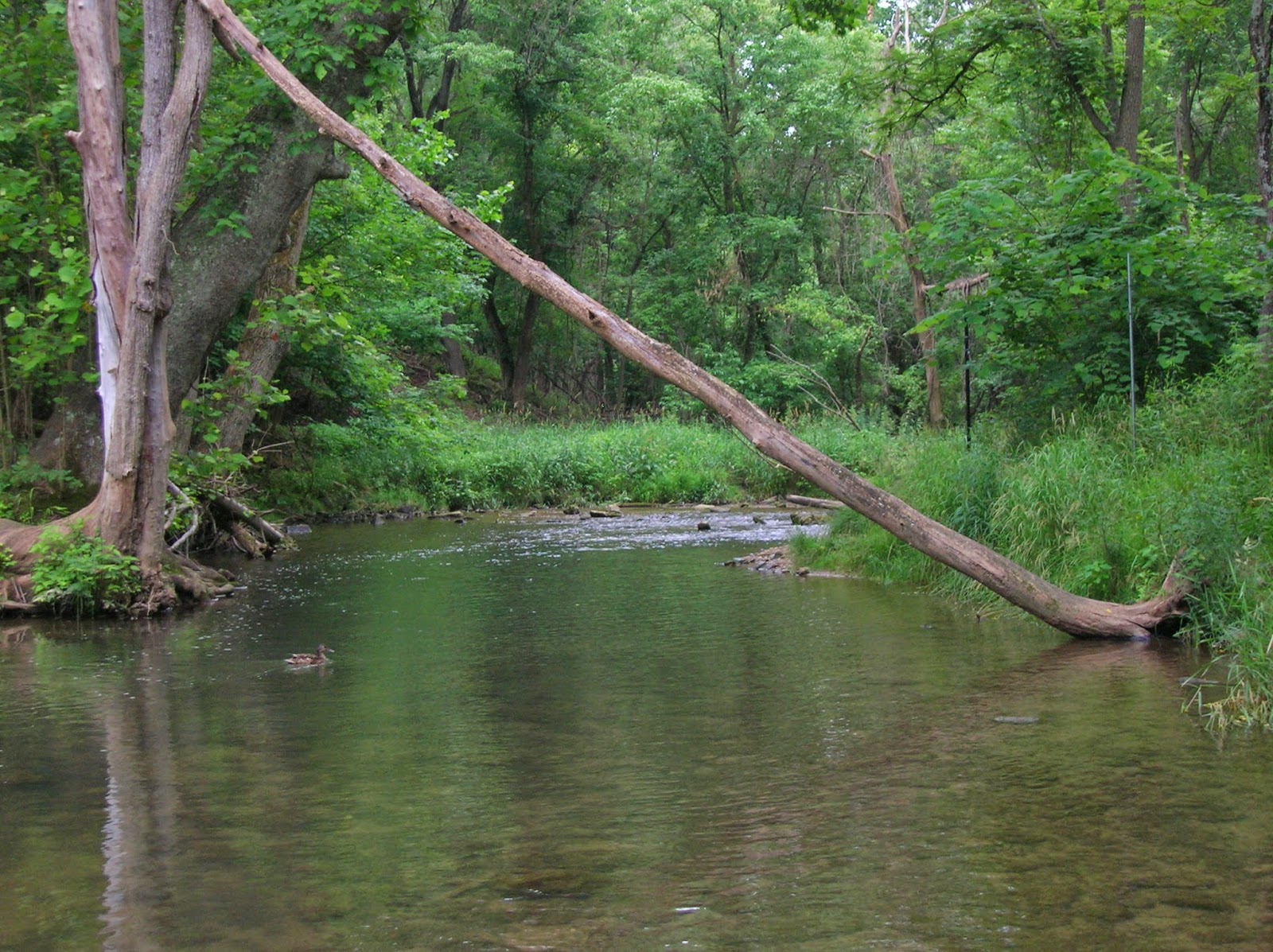 By the sounds of things one might envision me along a Central PA mountain stream, or along a Spring Creek somewhere in the West.  But, it was not so.  On this morning, I was fishing one of my favorite jewels of Southeastern PA, where not 10 minutes away, the madness of the Philadelphia morning commute was just picking up steam.  This morning I was on Valley Creek, within the Valley Forge National Park.

Valley Creek originates from underground limestone springs just north of Philadelphia, in the Township of East Whiteland. The upper stretch is not nearly as productive as the lower portion that runs through the park, and much of its length is posted.  However, with some due-diligence a person can still do quite well along its entire length. The lower section below the I-76 PA Turnpike overpass, meanders its way through the park and is the most popular stretch of the stream.  Through Valley Forge National Park SR-252 follows along most of its length, and easy access is afforded. After the streams trip through the park it quickly empties into the Schuylkill River at the end of its 12 mile run.   The stream received a mixed blessing of High PCB levels in recent years due to age-old munitions leeching, the issue has been kept in check but did result in a “no kill” & “No stocking” regulation.  Since then, although the fish size has dropped off some, the wild brown trout fishery has taken off with a healthy population of 6” to 12” beautifully colored browns. The water averages approximately 10’-15’ in width throughout much of its course, and clear and canopied riffles make for skittish fish and some fairly technical fishing.  Not too technical in so far as the hatch or fly selection goes, but as with most wild streams it is very technical pertaining to the approach and casting technique.

The stream can receive a bit of pressure during the weekends, which prompts me to fish it morning and evenings during weekdays whenever my work schedule allows. It’s during these times that I find the pressure to be reduced as would be expected.  I also find that a given pool will generally give up a single fish as a rule, and then you’ll need to rest the water for a few minutes, or simply move forward much like many other wild trout fisheries across the country. I choose to fish it slow and quietly move on after each fish, but I often choose to hit the water again on my way back down if the situation or time allows.

Working my way upstream, each pocket proved productive as long as I did my part correctly. I moved above the Knoxx Library foot bridge and was rewarded with a fat little 14” trout which was my best of the morning. And then, on the very next cast I hooked an even larger fish which broke me off in the riffles below. 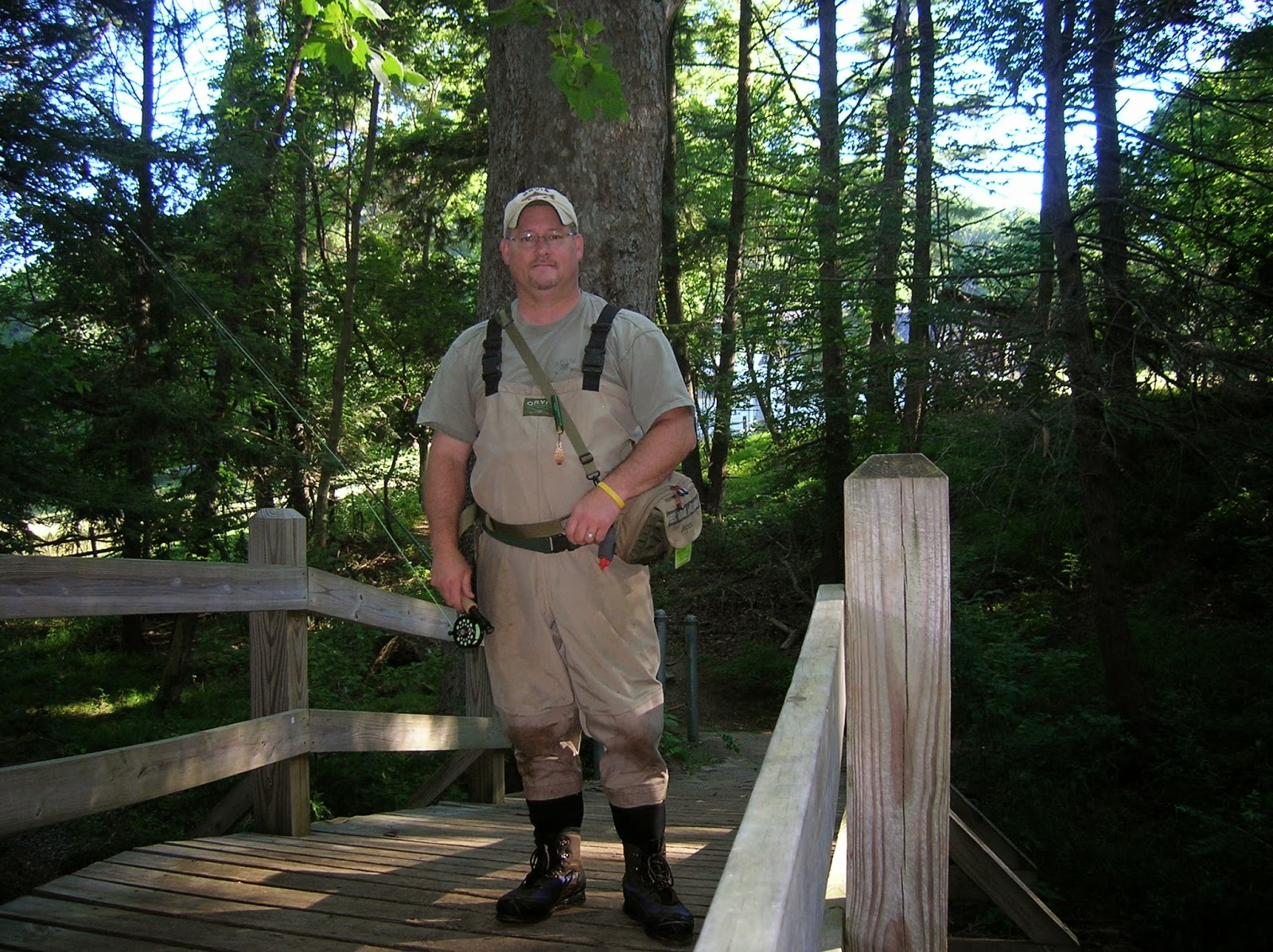 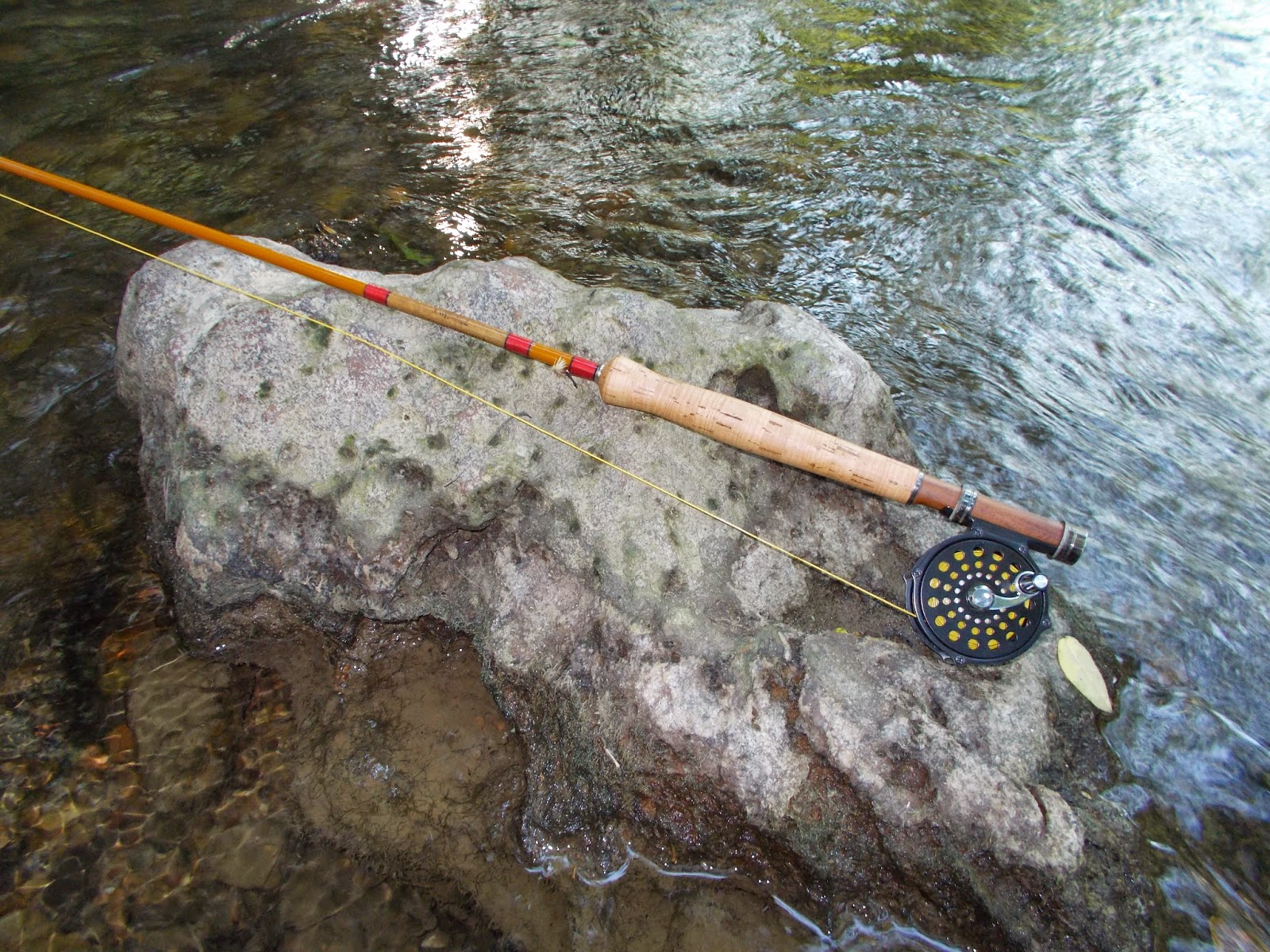 Likewise, I tend to fish Valley with a Spartan box of 6 patterns.  Not that countless other patterns won’t work as well, but I tend to simplify on Valley and lean towards the personal patterns that I know will pull fish on this little water.  I come to fish Valley Creek in search of trout on a dry fly, so my box is adjusted in like fashion. 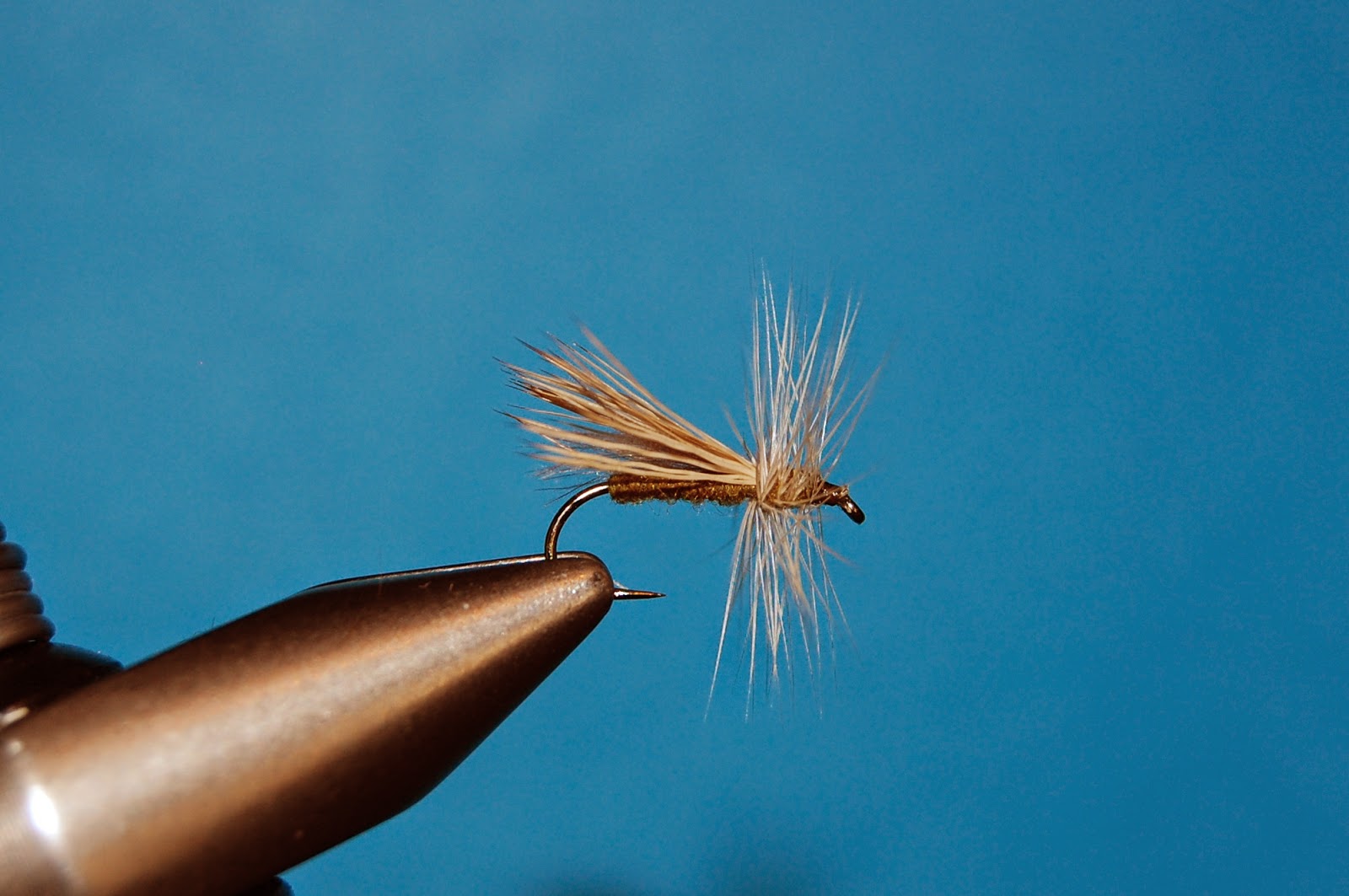 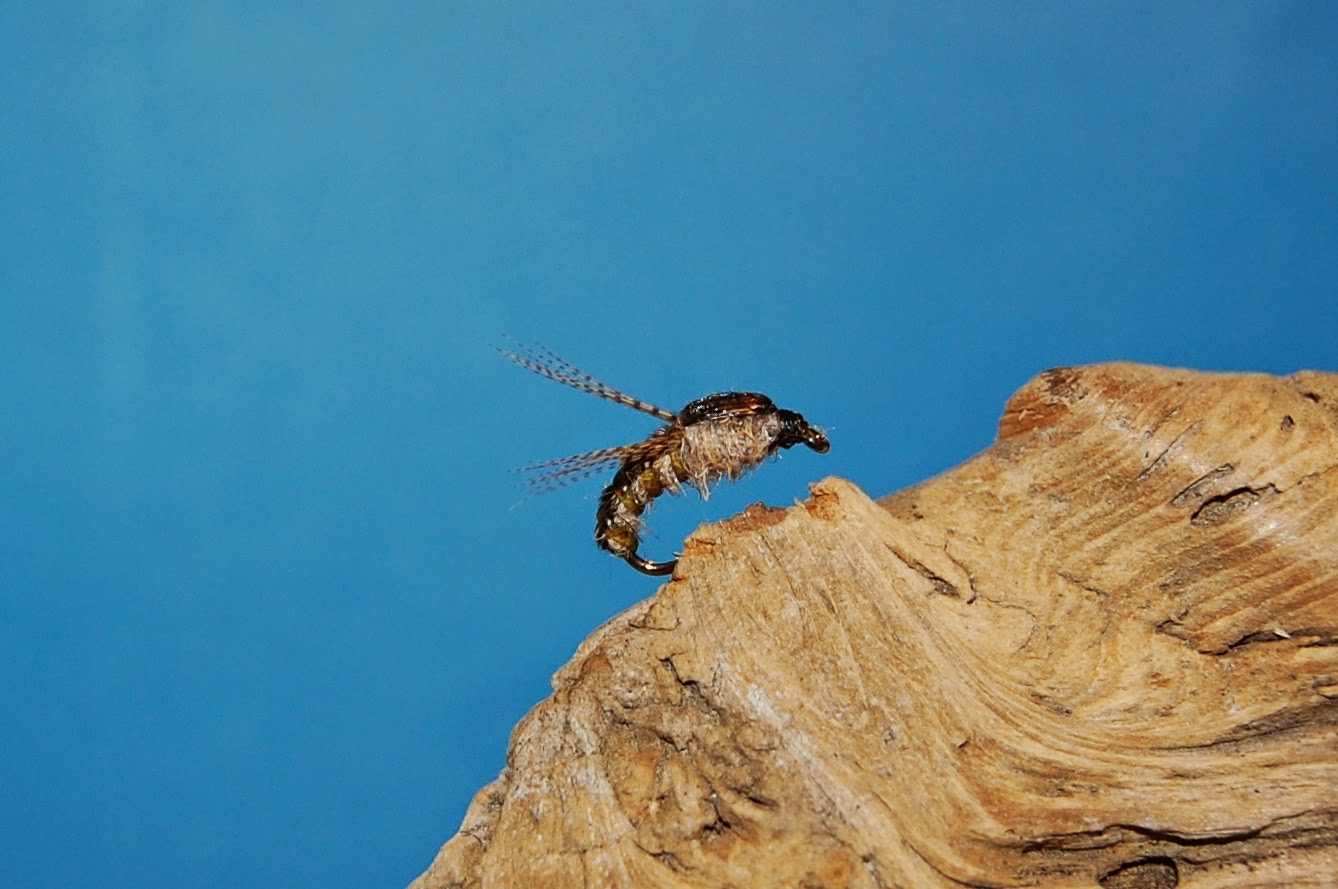 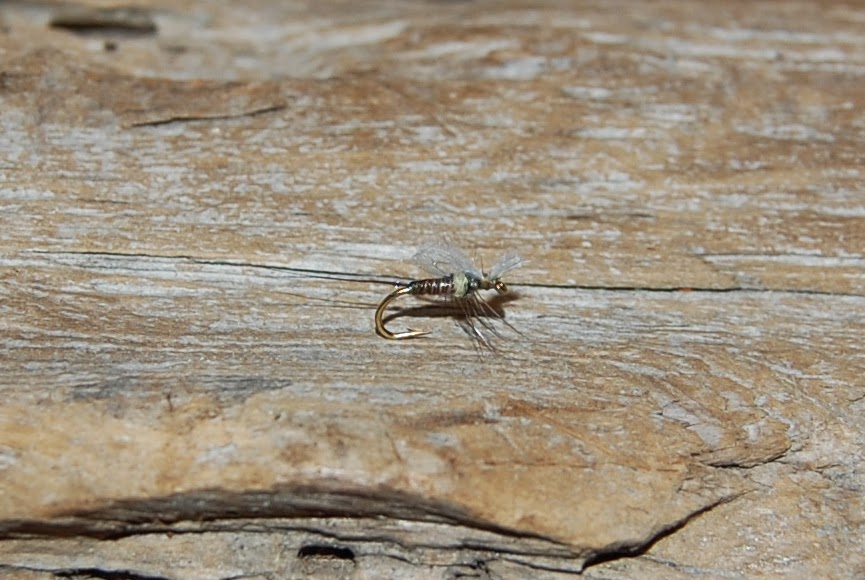 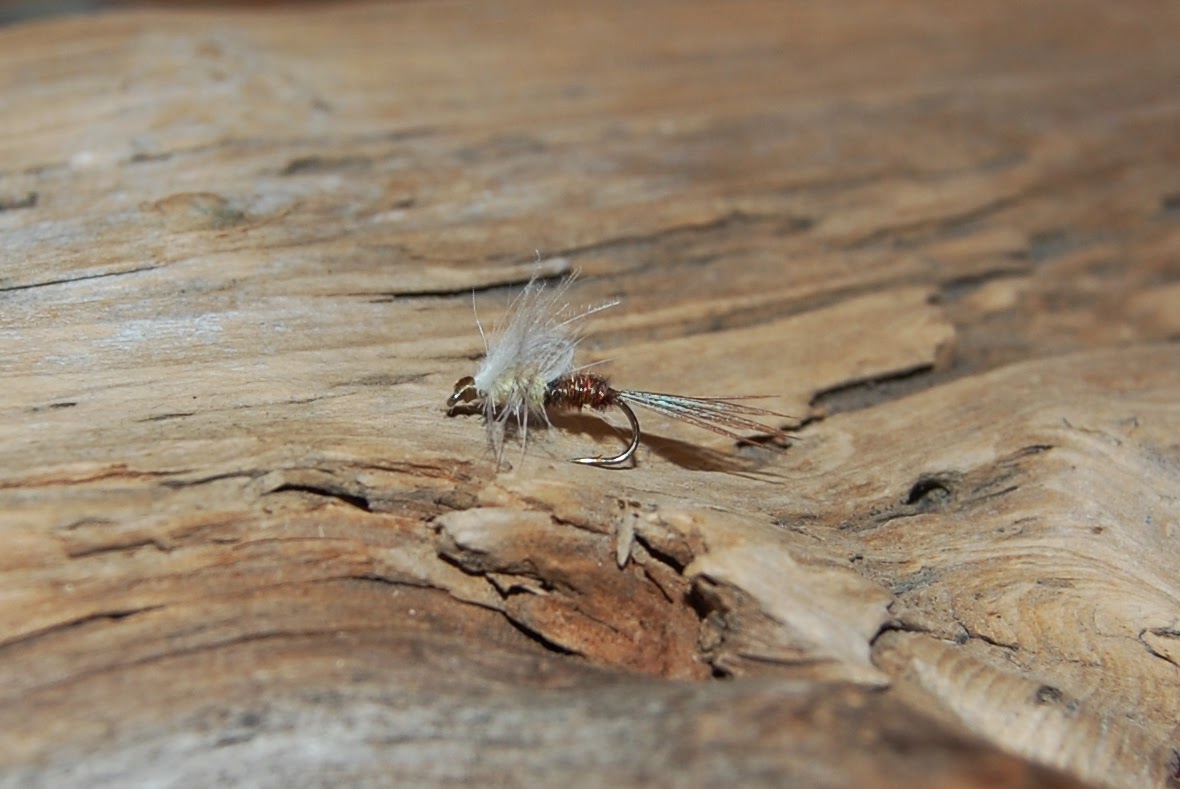 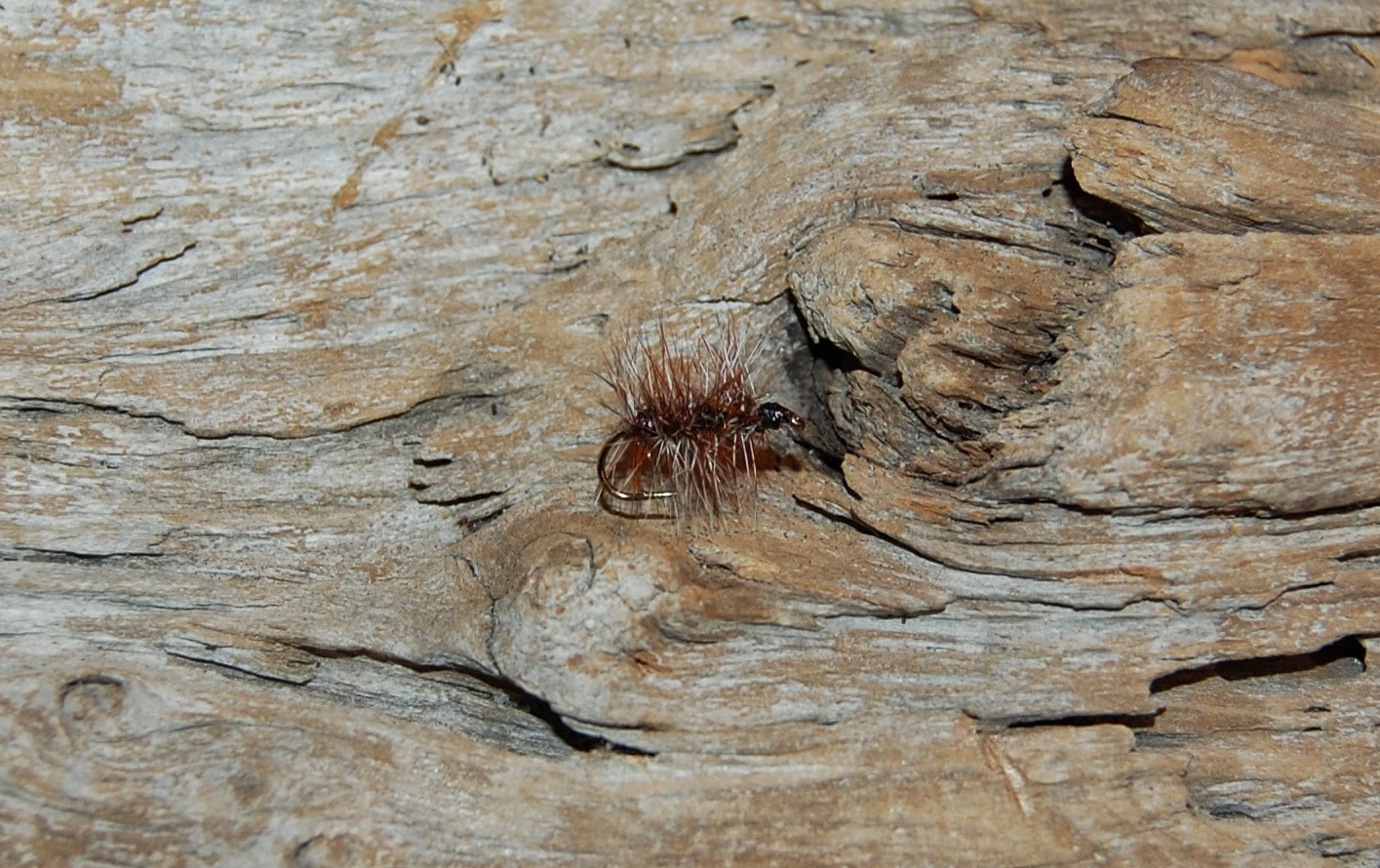 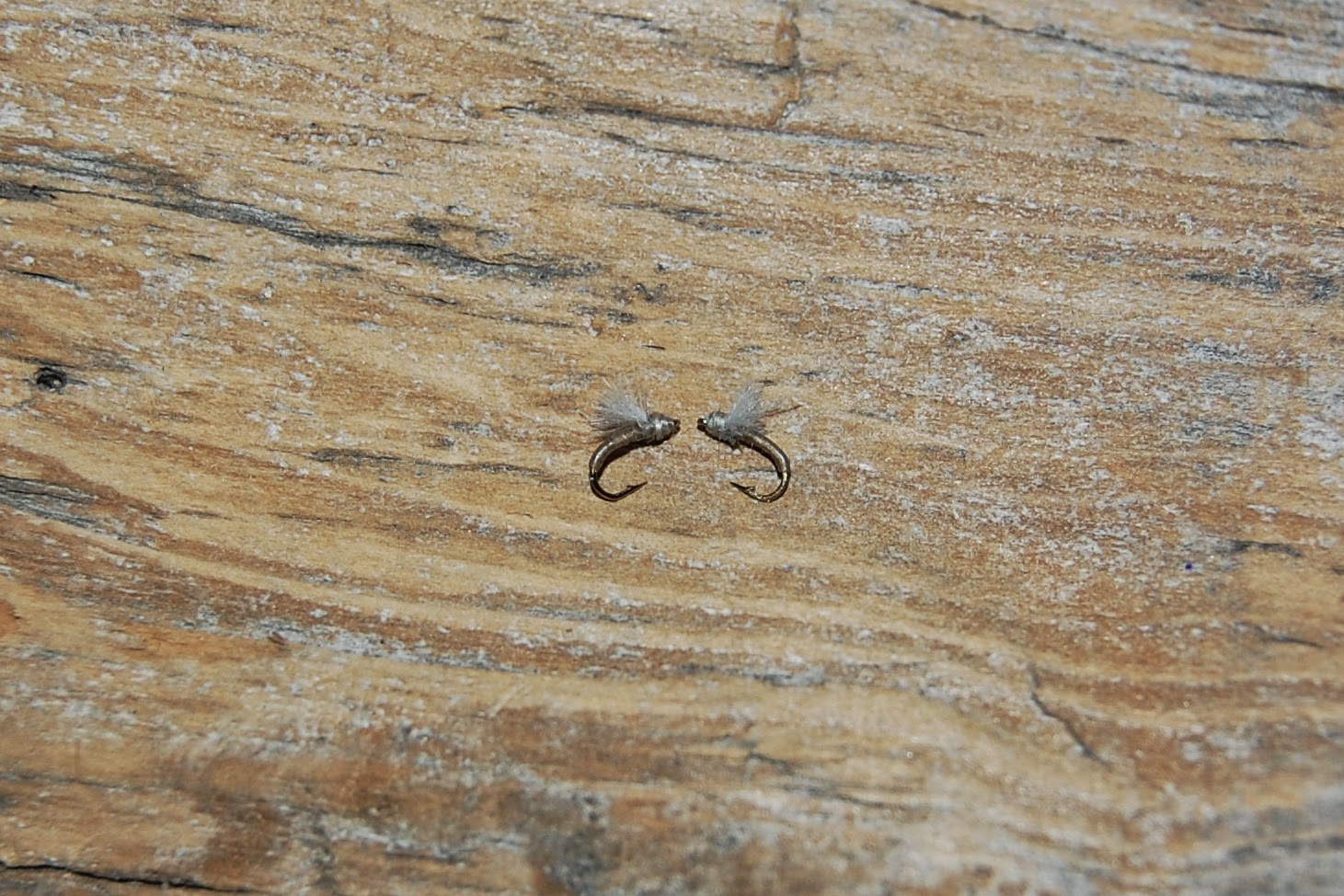 As I stood tying on a new fly the sun hit the back of my neck, and I paused to look around.  The next hole upstream was bright with sun and would be my next target should I choose to step out of the shaded portion of the run I was on. I chose to call it quits having moved slow enough to avoid breaking a sweat throughout the morning, I would be able to change at the truck and be to work early enough for a cup of coffee. On my stroll back to the truck through the knee-high meadow I jumped a whitetail doe with 2 spotted fawns in tow.  They stood startled by my early presence, but chose to stay put and watch my passing in silence. Changed into work clothes, in no time at all I was merging onto the PA Turnpike along with all the rest of the poor souls moving towards their daily toils.  But unlike them I was smiling, with a perfect morning and a half dozen wild brown trout freshly minted in my memory. 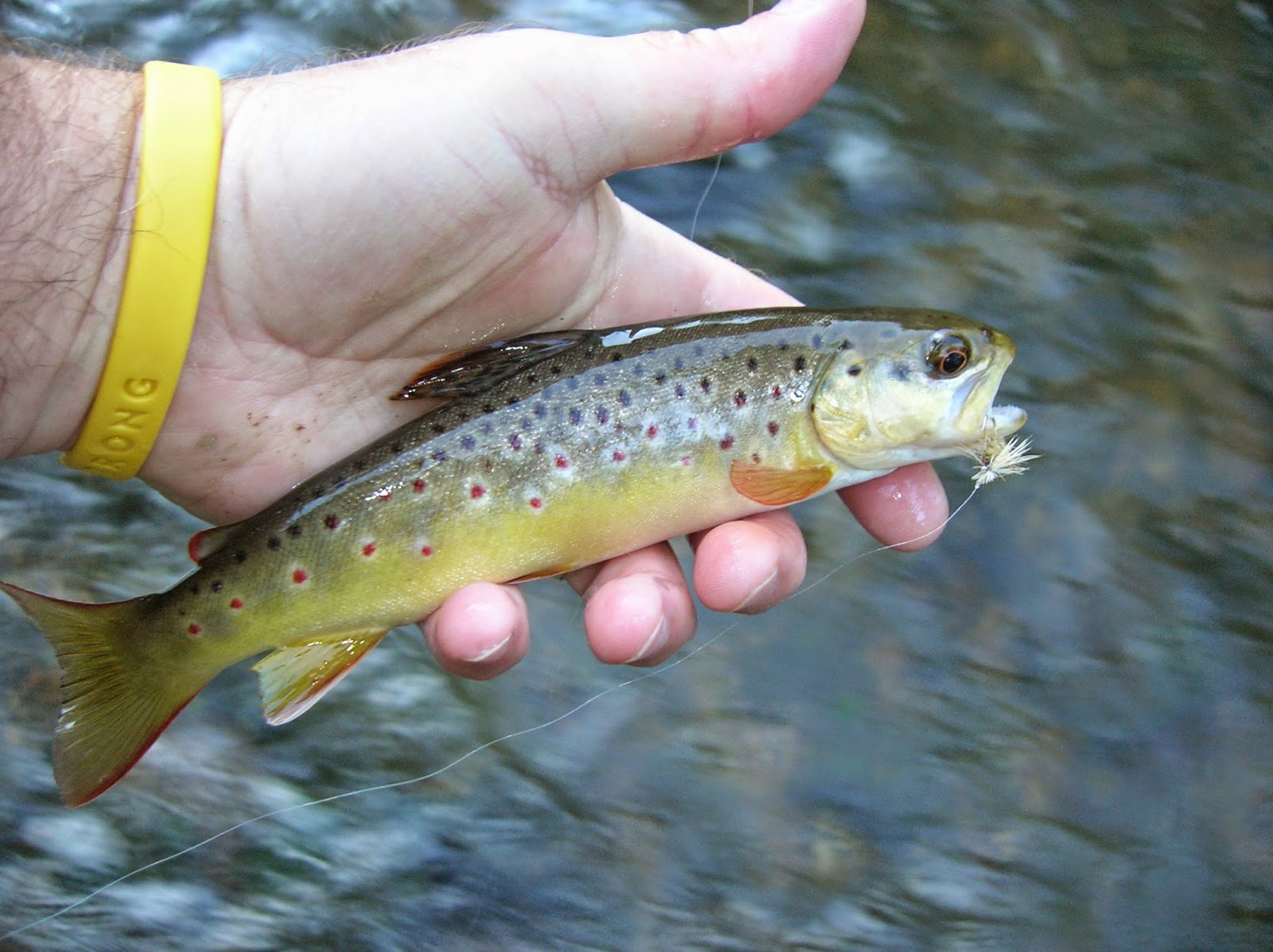 Aside from fishing, Valley Creek affords you wonderful access to the historic park of Valley Forge as well. Setting some time aside to tour the grounds and settlement is very much recommended. The countryside is gorgeous and the history is without compare. 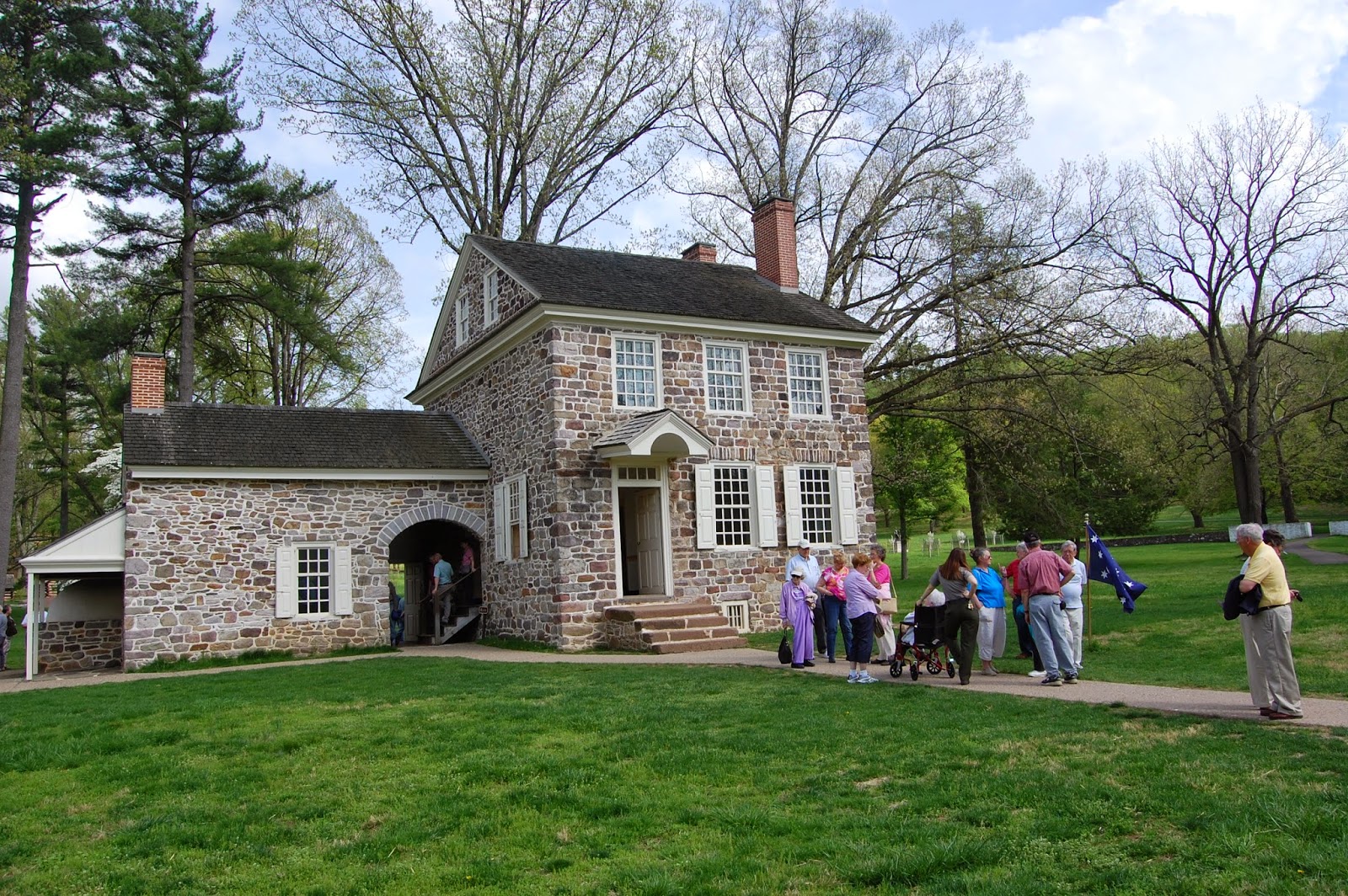 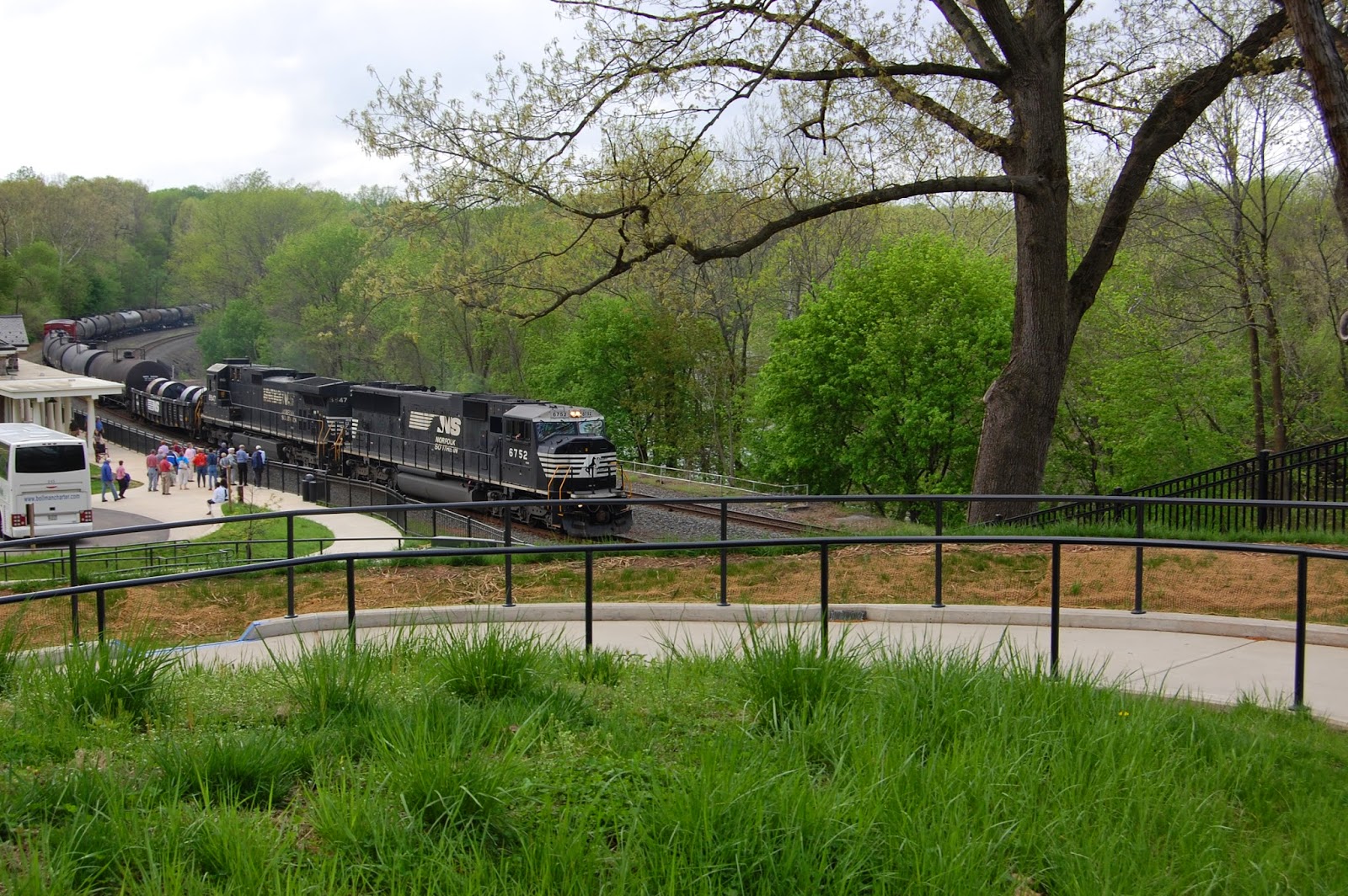 It adds a little to the fishing experience as well, when one stops to think about standing along water minutes from George Washington’s headquarters, or on the foot bridge to the Knoxx Library.  My family served at Valley Forge. My Grandfather Johann Jacob Lang served with the 5th Pennsylvania, under Capt Christie. The history runs deep on this ground. 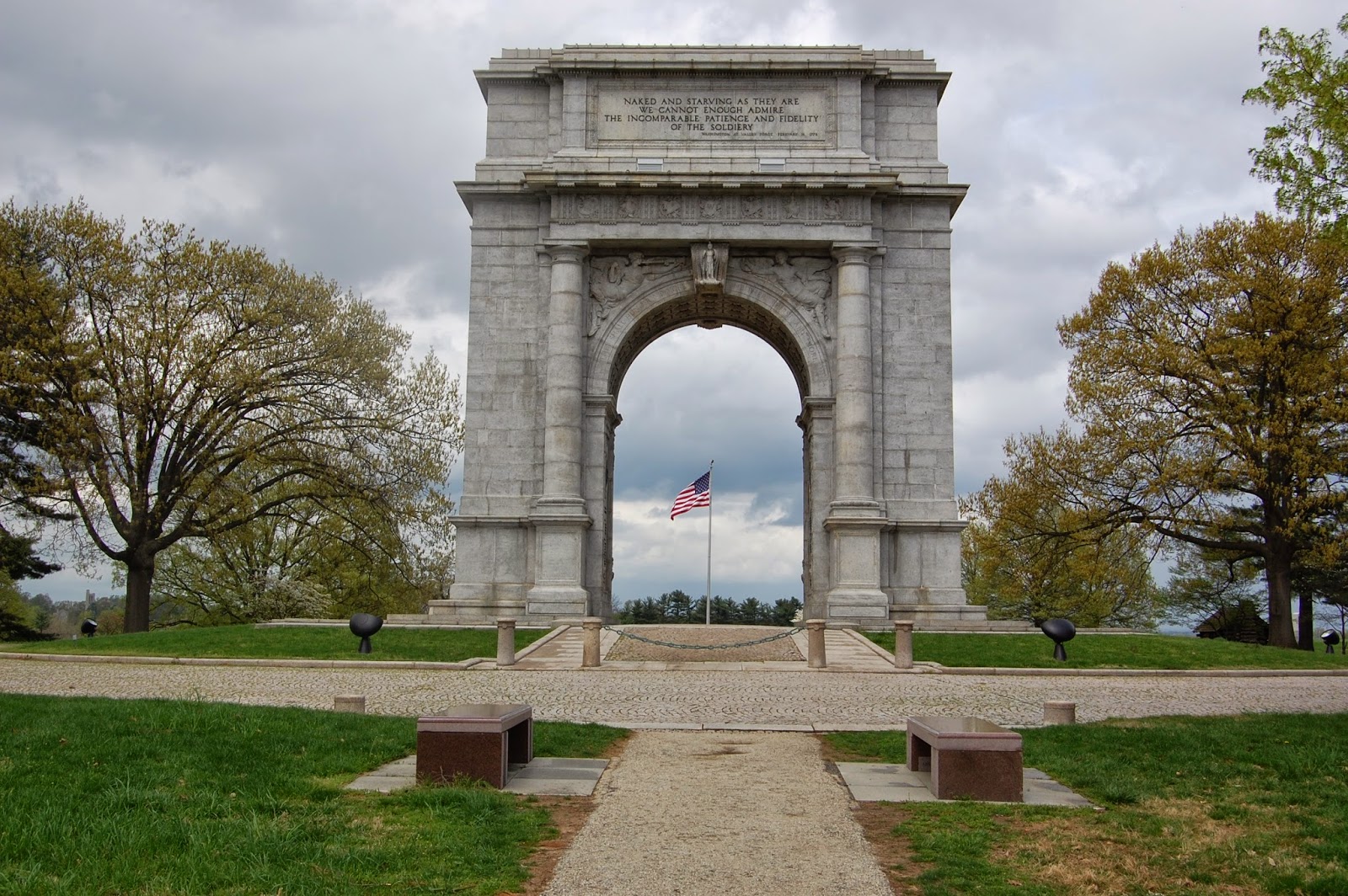 The sacrifices which played out for those individuals encamped there, helped to secure our opportunity to follow our love of fly fishing along those very same waters. I like to think that just maybe one of those colonial soldiers found a way to sneak down to the creek for a little dapping for native brookies. How could they not?
at December 13, 2014