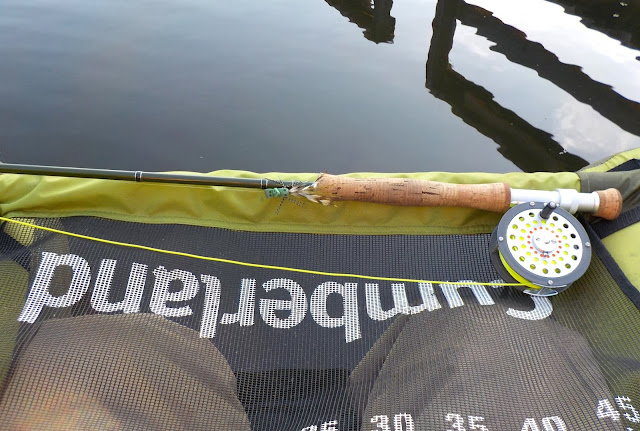 I decided to begin where I left off on my last visit, with the CGR 7/8 and Martin MG-7, rigged with an Orvis WF7F Warmwater line, hand twisted 12lb Trilene Big-Game leader & 8lb Orvis AR Tippet.

Starting out with a #2 Gurgling Frog. 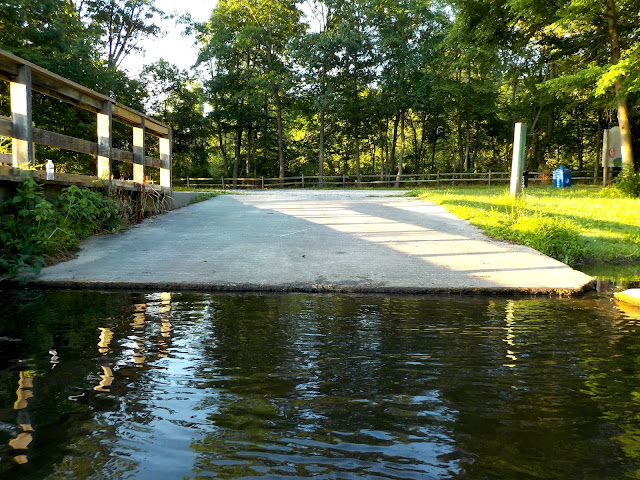 The view of an empty lake launch as you fin away is Christmas-in-July, even if it was one day early. 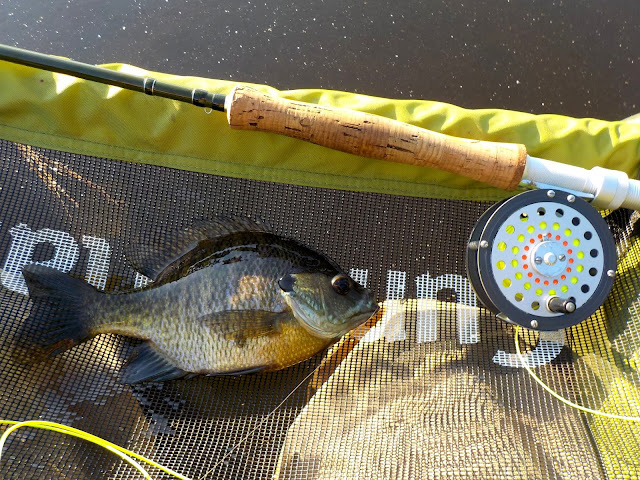 The first few fish came to the larger Frog, but it was soon apparent the #4 Wog in its black attire was going to be the fly.

This fish has the entire #2 Frog in its mouth...tail and all. 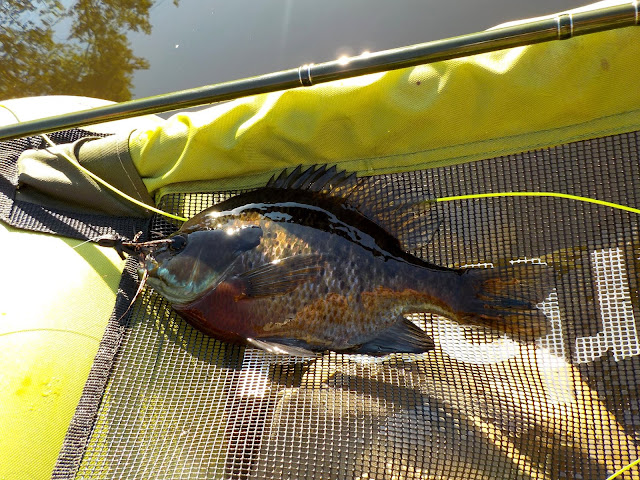 On this morning, where I would expect some bucket mouths to be hungrily lurking, I found none.  What I did find however, was several dozen gills with an attitude that they owned the place.  Several of which, on hook-set I would have sworn were bass. 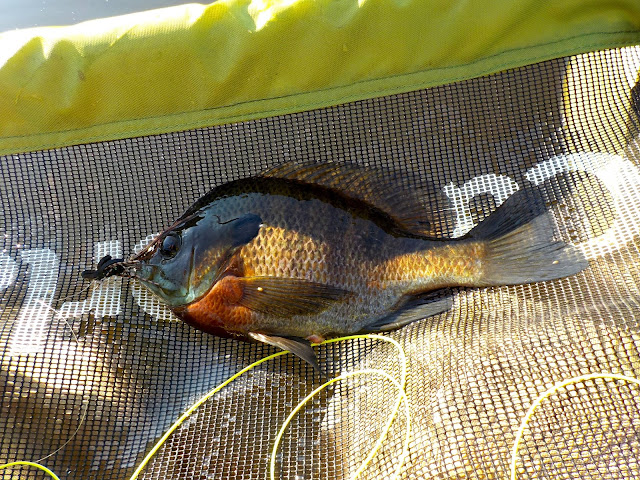 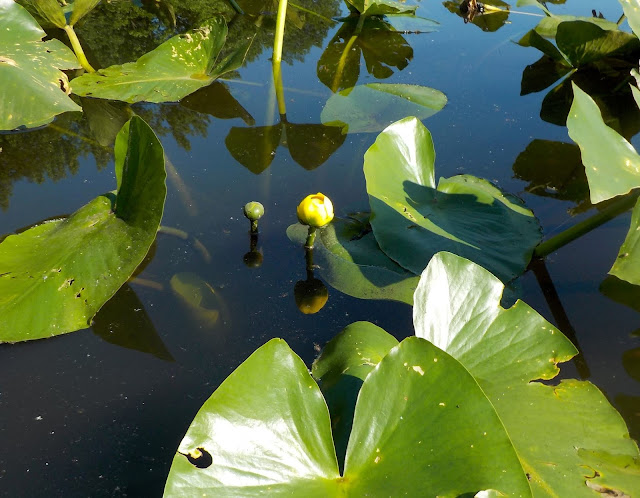 In the end I found enough fish to wear out my shoulder on a sunny morning with no wind, no fisherman and huge mats of untouched lilies in morning bloom.

As I was crawling out of my tube back at the launch just before 0900, two trucks carrying three kayaks and a 12' Jon boat arrived and a family was dragging a cooler to the end of the far pier.

The sun was on the water & it was already 93 degrees....time for breakfast.

Besides, none of these folks want to watch the old guy in the big "floatie" and fly rod laugh to himself and talk to bluegills. 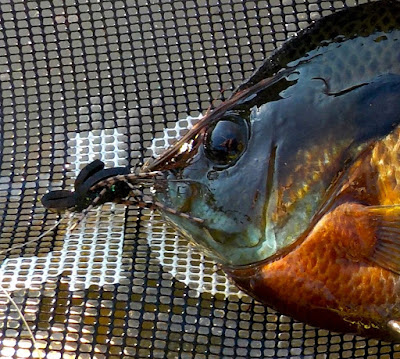