Putting a SPIN on Family 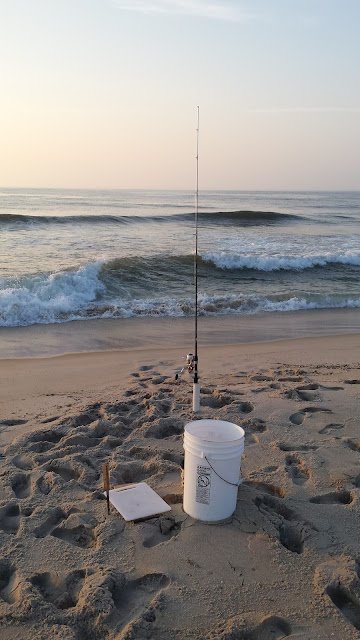 There are a few times each year that I put the fly rod away and grab the spinning gear. The largest of those is the family vacation on LBI, NJ.  Once there, the world turns to everybody gathering on the water whenever the tide is right, to toss cut bait into the surf. The goal is not aimed at measurable fish as-in Stripers, Blues, Fluke, etc. Instead, the goal is to get everybody present on a given year hooked into a fish. The most common being small sandsharks, skates and cow-nosed rays. 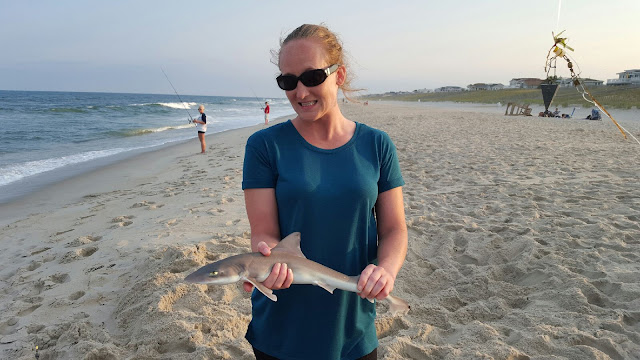 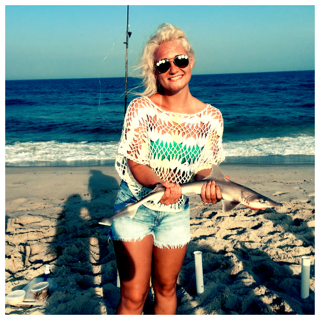 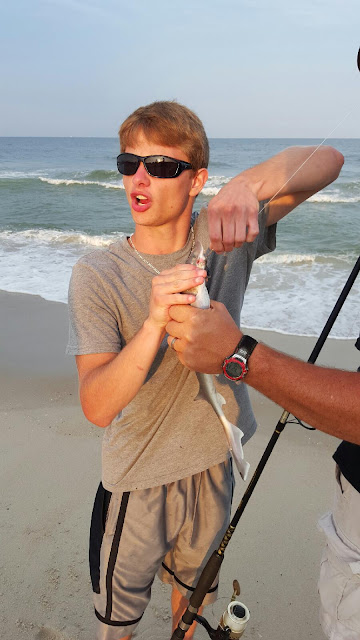 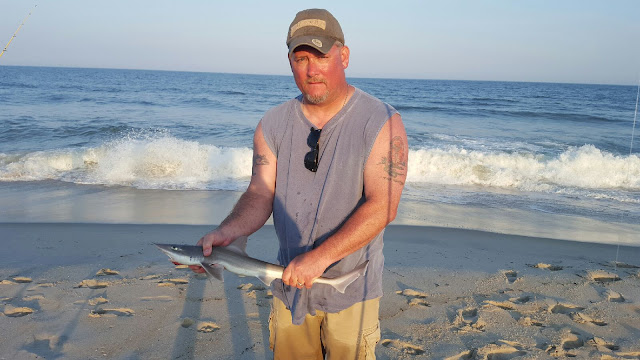 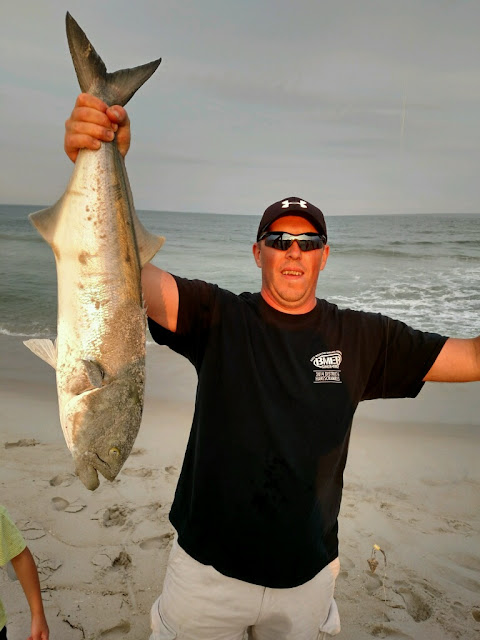 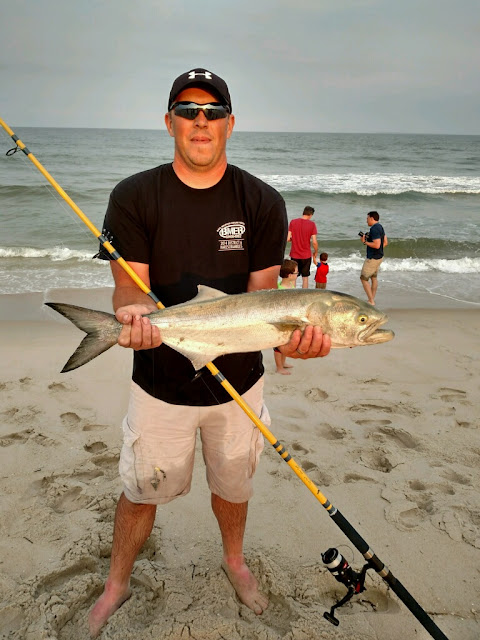 Not all the fish are small. Nor the fishermen. 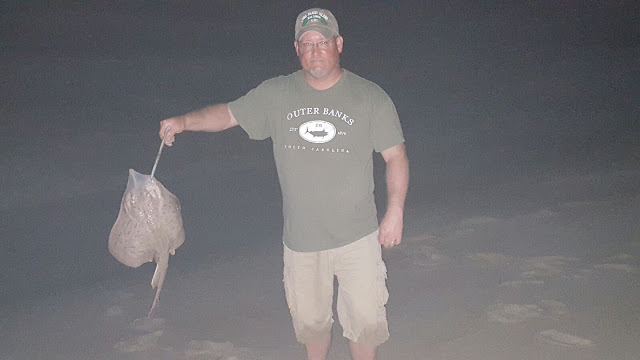 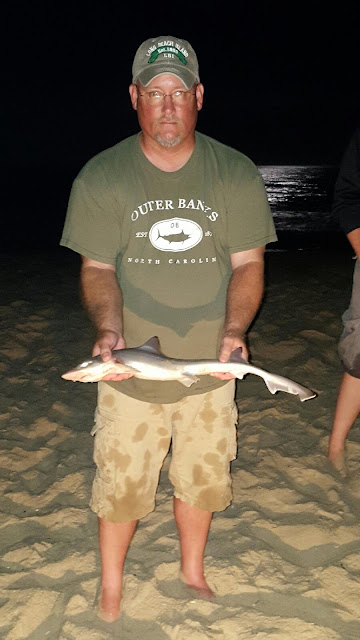 And the fun lasts into the night. 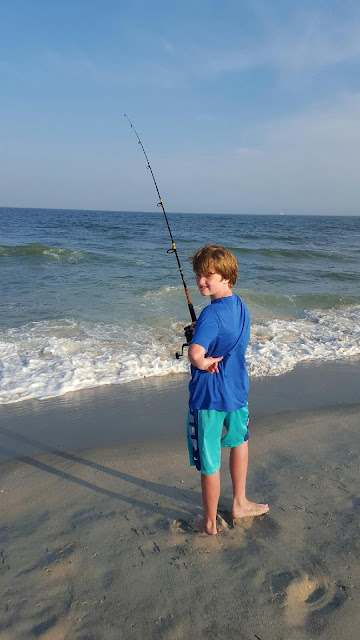 You cannot put a price tag or gear type on the smiles that are had each year. The memories are better than any other. And where folks doubted they were fishermen.....they soon learn otherwise. And the old guys get to recall how it was they came to the rod and reel in the beginning.