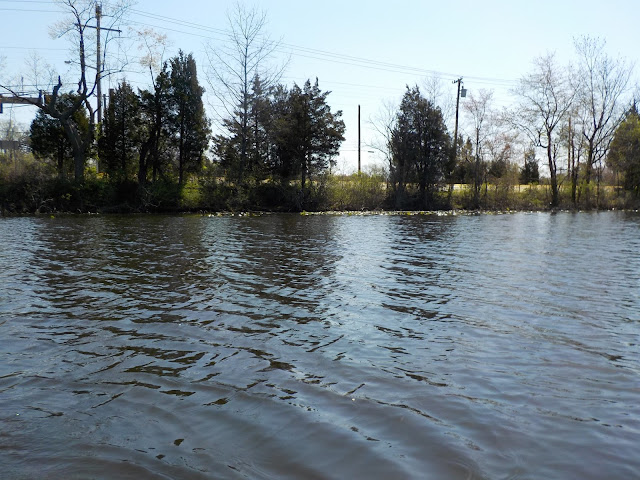 The lake was clear with lily pads beginning to show, but enough to hold fish yet.  The fish would be on the edges. 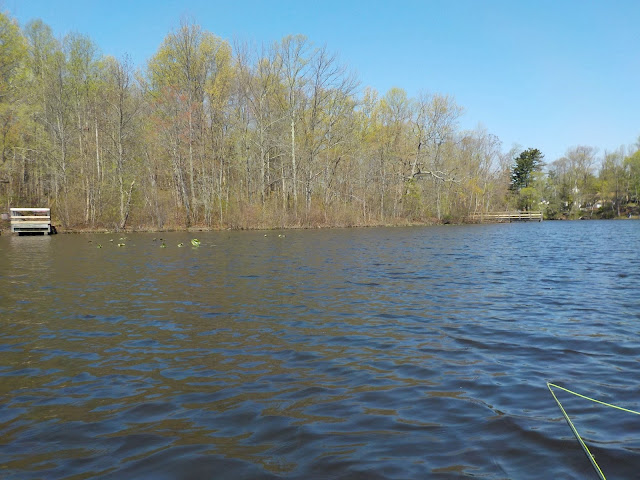 The Cumberland was comfortable once adjusted.  The seat, while very nice, takes a bit of adjustment during use to get "just right". 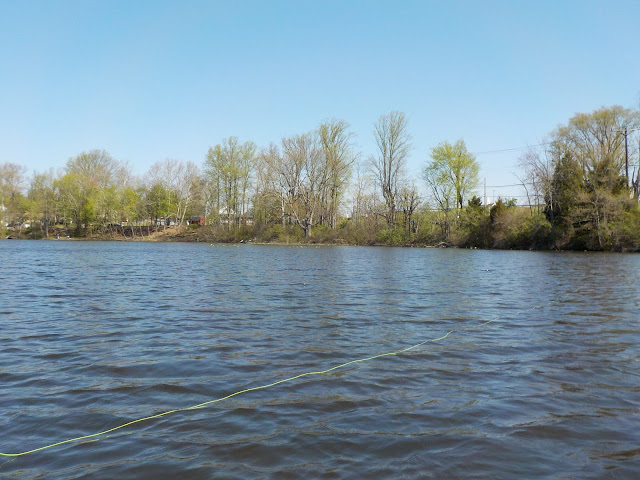 Only drawback was the higher ride in the wind than a traditional Donut or U-boat.  With 15 knots gusting, I was able to get in my workout for the week AND catch fish.

The Cumberland gets an A+. 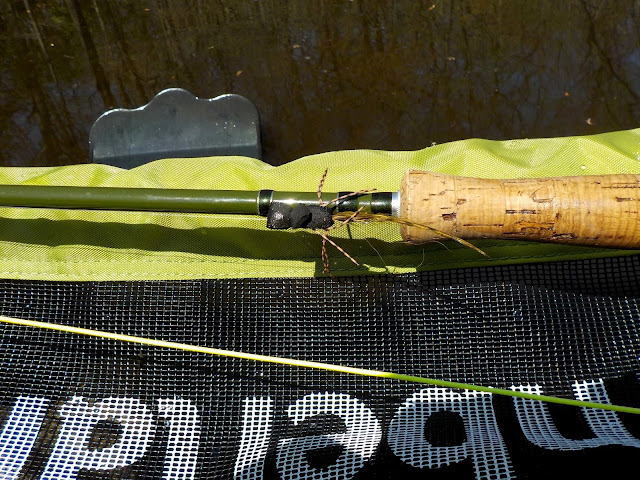 It wasn't long before fish came to hand, but most were smaller.

Until I switched to the Gurgling Wog.

(WOG pictured above survived the beating of the Gills, but had to be put down after) 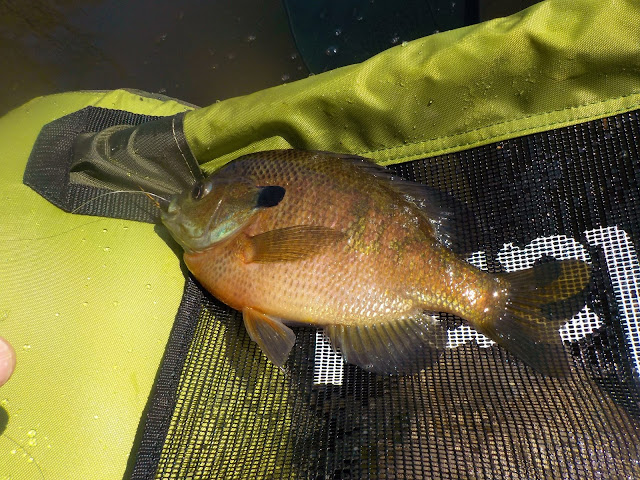 1st big gill of the day on the Wog. Notice how he engulfed the entire fly?...tied on a #4 Gamakatsu Stinger hook! 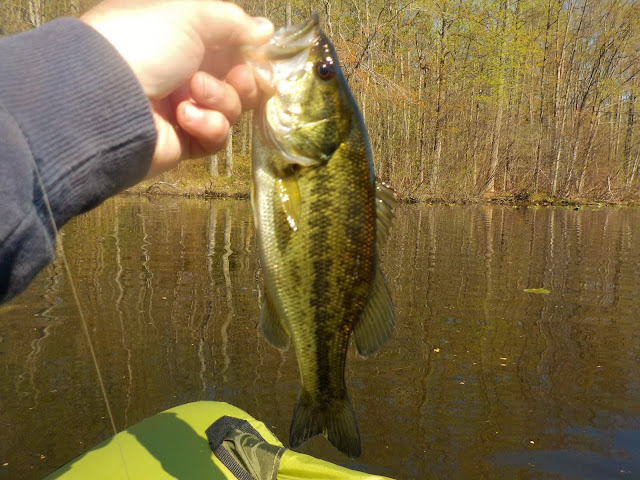 Only 1/2 dozen bass on the day. Pictured is the largest.

Gills however, were on the beds. 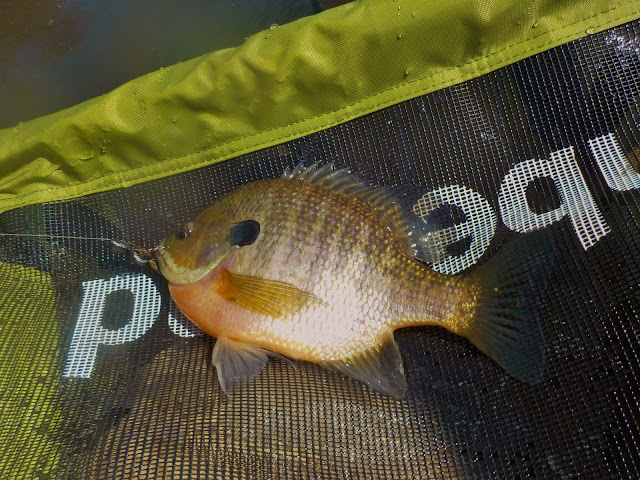 The biggest bulls were beginning to "color up", with breast a shade of pink and signs of the crimson of full spawn. 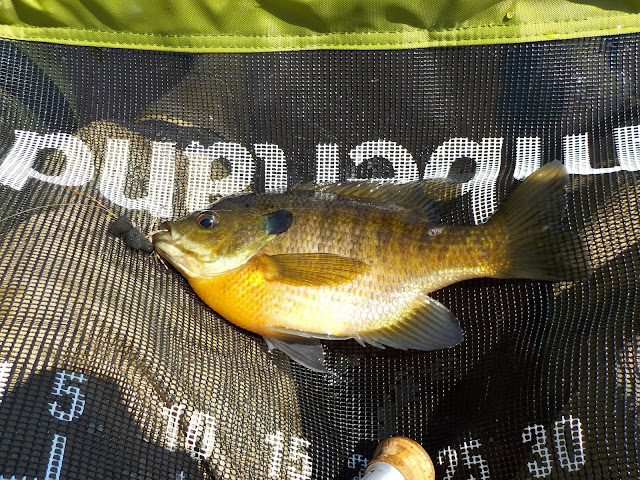 May have been the longest fish on the day. The fish was hooked on the outside, as it rolled over the fly during the rise. 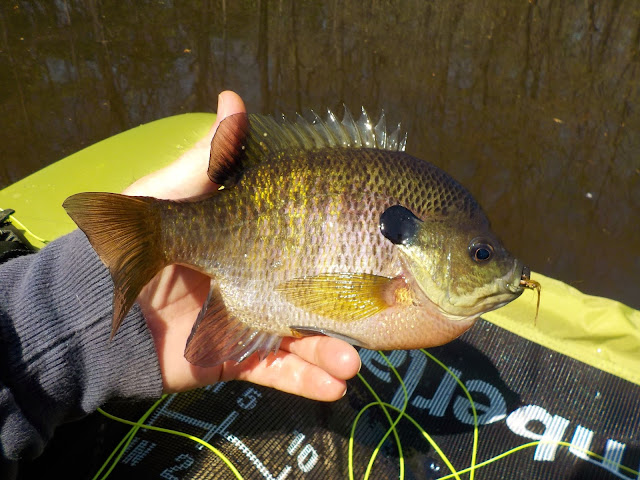 But this one was the overall heaviest fish

Check out the Wog!