The evening began with a light Foam Butt Caddis 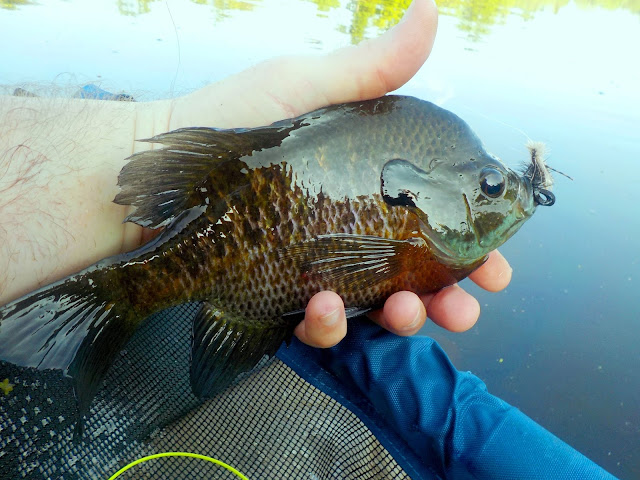 Not finding anything on the edges, I moved out to the pods of lilies in the deeper water and quickly began to pick up fish on top with some nice fat fish finding the apron of the tube. 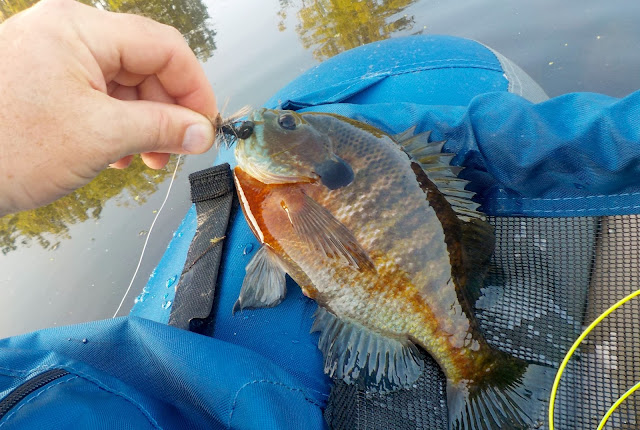 They seemed to be hovering around the tops of the pads.  The takes were steady between smallish gills and half-pound bass, with a healthy smattering of good fish mixed in. 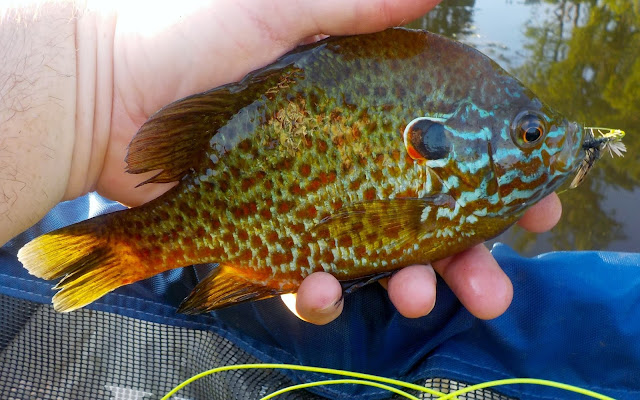 Sometimes regardless of size, you just have to enjoy the colors. 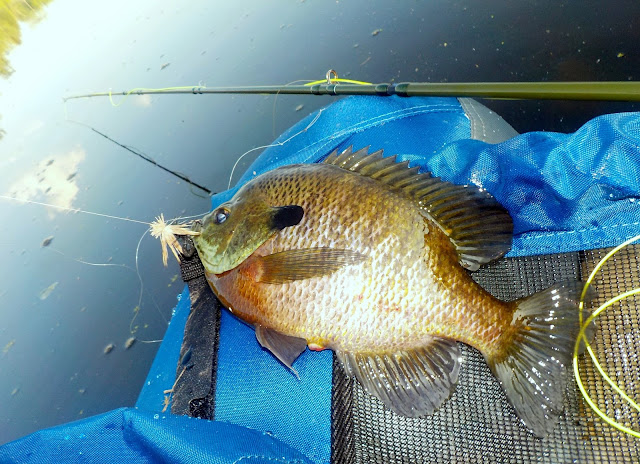 The largest fish considering species was this slab of a bluegill 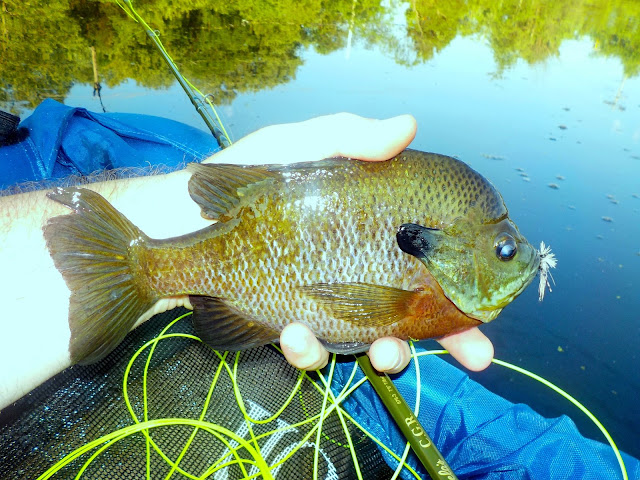 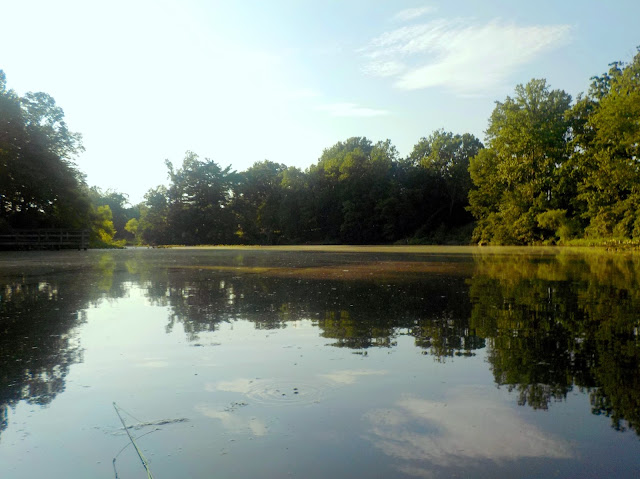 As the sun dropped behind the trees, the FBC lost its luster. So, I switched to a version of the Gartside Gurgler and instantly brought up fish. They didn't just roll under this fly, they attacked it. Often times missing it in the frenzy a couple times before finally nailing it. 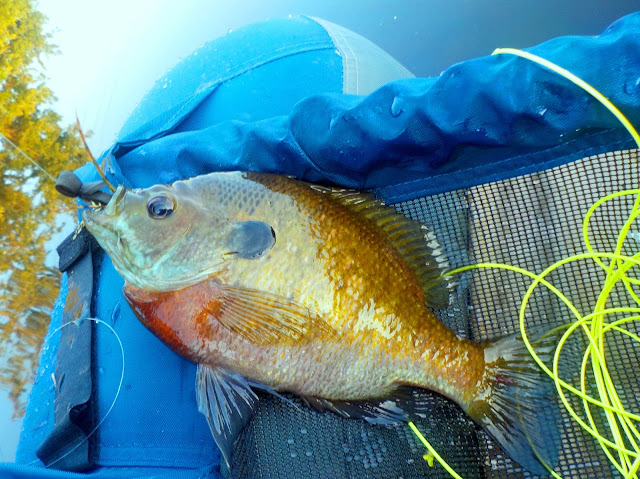 This mossy-backed version of a bluegill chased the Gurlger for 6 feet before it finally caught it. He's either going blind or he's too hungry to think straight. 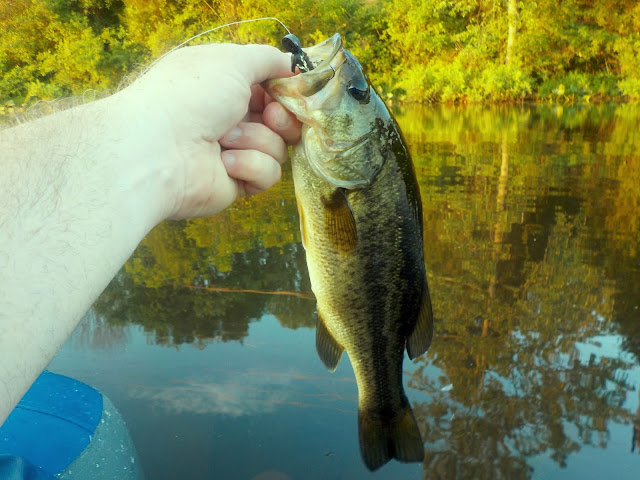 After a dozen or so dinks, the Gurgler finally brought the largest bass of the day to hand.

I hit the boat launch tired, thirsty and sweated wet enough that I wondered why I even bothered to wear waders. But I reckon kicking through lily pad fields with bare legs and shorts would not have a very good outcome.

All-in-all a great night on the water. The fish were willing to play and there were enough with size to keep things interesting.